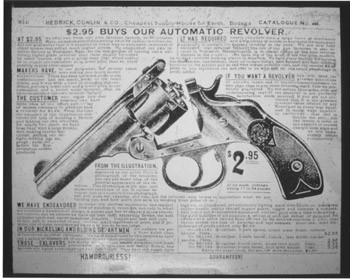 When Secretary of State Colin Powell stood in the United Nations Security Council on Feb. 5, where hangs a tapestry reproduction of Guernica, and urged the world’s approval for the United States’ rabid bid to wage war on Iraq, staffers thought it prudent to stage a cover-up. Asserting that throwing a blue cloth over Pablo Picasso’s searing indictment of the horrors of war was simply better for the TV cameras, they shrouded the screaming horse, the keening woman, the dead soldier, and the other wreckage so that Powell could urge sanctioned murder without any disturbing renderings of its facts peeking distastefully out.

A week later, Laura Bush canceled a symposium titled “Poetry and the American Voice” as it became apparent that her invited voices might mouth a torrent of that terrible weapon known as iambic pentameter in opposition to her husband’s plans.

Why are paintings and poetry–surely pleasing to the eye and ear as practiced by innocents the world over–suddenly hidden or forsworn by intimates of the White House? Because art, crudely put, is very fucking powerful.

Dreading the rumbles of yet another war, Bodega painter Wally Hedrick hides and forswears right back. A nationally acclaimed artist, he’s chosen to go on strike, denying society new services while boldly forcing forward the efforts of the past.

Now hovering somewhere around 73 years of age, Hedrick was forcibly conscripted off the street by military police for service in the Korean war, a savage grab that didn’t even allow him time to notify his parents of his whereabouts, and which cemented his hatred of war. A founder of the influential 6 Gallery, a collective of artists and poets that formed the nucleus of the Bay Area Beat movement and hosted Allen Ginsberg’s first public reading of Howl, Hedrick evolved into a progenitor of the California Funk movement, recycling boomtime America’s trash into art and modestly supporting himself by running a West Marin fix-it shop.

This short encapsulation of 73 vibrant years neglects many details and may sound somewhat grim, but grimness is emphatically not a Hedrick trait. Anger, yes. Puns and wordplay, always.

“Preemptive Peace” is largely given over to his mammoth black paintings, their surfaces stippled and rocky, viscous as foul oil, under which lurk protests to two previous wars and original, presumably jollier, images created before our troops settled in for the long haul in Southeast Asia. Back then, Hedrick took extant paintings and obscured their viewing by covering them in mournful black. During what we all now seem to be calling the “first” Gulf War, he inscribed in white paint such characteristic slogans as “So damn, whose sane?” across the paintings’ negative surfaces.

For what is poised to become the second Gulf War, these same canvases have returned to the scarred void of denial, with the addition of one new piece, clearly titled It’$ 4 Oil and SUV’s. Most significant in this group of work is The Black Room, a set of eight 11-foot high canvases that are conjoined, replete with a door, into an awful meditation room that one can hunker uncomfortably within.

Hedrick has long been projecting original pages from Sears Roebuck catalogs and bygone advertising onto his canvases, and faithfully tracing them, old ink spots and all, in tribute to Marcel Duchamp’s idea of the readymade.

The oversized bold and colorful works of the gallery’s other rooms initially delight until the reading eye focuses on such pieces as Automatic Revolver and sees that the ad copy has been altered to a near pornographic rumination on the titillating phallic furor of the firearm.

As Hedrick has spent a career reinforcing: Subversive, smart, and wise–art is that powerful.