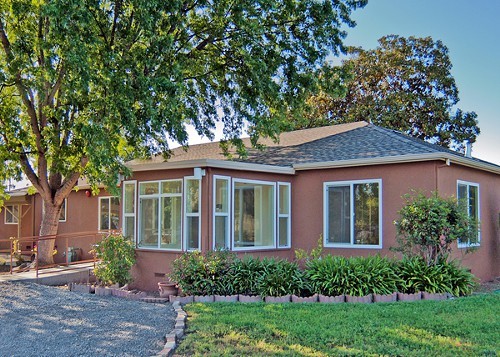 As storms rage across Sonoma County, a shelter for homeless veterans that celebrated its grand opening in June remains empty.

Hearn Avenue Veteran Housing was given a Certificate of Occupancy on June 26, meaning that on that date, the duplex located on West Hearn was physically ready for vets to move in. Earlier that month, on June 8, Community Housing Sonoma County and Vietnam Veterans of California celebrated the project’s completion with a grand opening that showed off the new facility, which by then even had furniture in place.

Five months later, no one lives in one of the homes, located at 2149 West Hearn.

“We’re befuddled by it,” says John Morgan, the project manager who contracted with Community Housing Sonoma County (CHSC) to remodel the structure under dispute, which will contain 20-30 beds. The nonprofit housing organization owns the property, while Vietnam Veterans of California (VVC) is slated to run it. Originally the two had intended to co-own the property, but in 2011, VVC backed away from ownership, opting to pay CHSC a yearly formality lease of $10.

The project received $2.86 million in loans from a variety of affordable housing sources—HCD and HOME among them—according to documents from a September 2011 city council meeting.

According to Marc Deal with VVC, those loans went into building the home, but money to actually run it has been less forthcoming. Deal says bureaucratic crawl at the federal level has kept the home from opening its doors.

Deal says the California organization wrote a grant request to the Department of Veterans Affairs (VA) Grant and Per Diem fund in 2008.

Deal says that the ratio of beds—and funding that would come with those beds—to staff needed to run the permanent housing isn’t financially viable to the VVC at $113,000. A smaller house on site with 15 transitional beds is currently occupied, he says. No one is currently being paid to operate the larger shelter, he says, but the VVC has paid roughly $12,000 to keep the non-operational housing ready for vets since its opening in utility and tax assessment costs. Grants from the VA are the only source of funding to run the shelter, he says.

“The tragedy is that these guys are still outside, and it’s cold,” Deal, a vet, says.

The VA has so far not returned emails and calls seeking confirmation and comment.