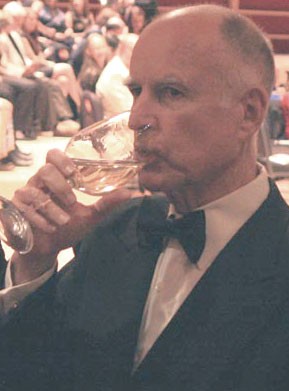 On Sept. 30, the morning after sipping wine and hobnobbing with Sandy Weill, Nancy Pelosi and MasterCard CEO Ajaypal Singh Banga at the grand opening of the $145 million Green Music Center, Gov. Jerry Brown spent the next day denying protections for a poor, largely Latino population in vetoing the Domestic Workers Bill of Rights and the highly touted TRUST Act.

Supported over the past year by marches, petitions and statements from celebrities like Amy Poehler, the Domestic Workers Bill of Rights would have legalized mandatory meal breaks, rest time and other labor protections for domestic workers, a predominantly female and immigrant workforce. The TRUST Act would have prohibited local sheriffs and police from cooperating with federal authorities to detain suspected illegal immigrants, with exceptions for those charged with a serious or violent felony.

Some say Brown is using his many vetoes as leverage for Proposition 30, his November ballot initiative that would raise sales tax and impose higher tax rates on Californians making over $250,000 a year to fund education and public safety. The Los Angeles Times compared Brown’s vetoes to “a stern parent upbraiding a spendthrift child.”

The bills Brown passed include one allowing young illegal immigrants to obtain driver’s licenses and one that outlaws so-called gay-to-straight “conversion” treatments.

If the TRUST Act had passed, California would have been the first state in the nation to challenge the controversial Secure Communities program. The California Domestic Workers Coalition has vowed to continue pushing for labor protections for domestic workers.