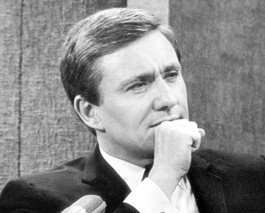 One of the guaranteed delights of the Monte Rio Variety Show is that the audience never knows who’s going to show up. About 15 years ago, the big star was Merv Griffin. Most astonishing of all, he killed. “I was so surprised,” remembers variety show co-chair Michele McDonell. “He did a song and dance routine that included contemporary songs and it just,” she laughs again at the memory, “blew me away. I mean, I’m 50!” Yeah, Merv was who our grandmas used to watch, right? “Exactly!” she affirms, “but he was fantastic.”

It’s a fair bet that Merv won’t be at the 98th annual production, hosted and performed by members of the Bohemian Grove and their guests to benefit such local charities as the volunteer firefighters association, the Monte Rio Elementary School and St. Catherine’s, the Catholic church founded by the club in 1912. But other than dead folks, anyone is game.

McDonell can’t be tricked into telling because she simply doesn’t know. For some 30 years, violinist John Creighton Murray has brought his Stradivarius to the rural amphitheater, and George Lee Andrews of the long-running Phantom of the Opera often comes. Other past luminaries have included rockers Steve Miller and Bob Weir, and even Burt Lahr and Ray Bolger, who made a surprise appearance in the early 1960s and did a short number from The Wizard of Oz.

But the best performers are often, like Merv, the biggest surprises. “Composers and songwriters whose name you won’t know but whose songs you do,” McDonell says. In other words, the goofy-looking guy who sits down at the piano and turns out to be the writer of your favorite song, the one you hum while you vacuum, and whose creator you wouldn’t know from the Phantom.

The only confirmed act is the Bohemian Club Big Band, all professional musicians from various ensembles, who will start the night swinging in the roaring tradition of old-school river revelries. You have to show up to find out the rest.

The Monte Rio Variety Show is slated for Thursday, July 23, at 7pm. McDonell warns that all suggestions about dropping chairs off in the amphitheatre at 7am that morning are as serious as a heart attack. Preshow barbecue hosted by firefighters begins at 5pm.