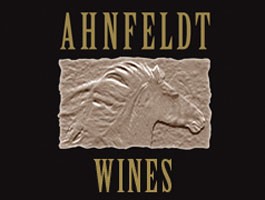 Time was when every sizable town had its “Little Italy,” a cluster of narrow clapboard houses on “the other side of the tracks,” within a short walk of the railroad station where Italian immigrants made their first stop. They stayed in brick hotels or cannery row houses, later setting up house with their families, opening groceries and restaurants. Roughly mirroring Santa Rosa’s historic district west of Railroad Square, Napa’s Little Italy grew up on the east side of the Southern Pacific Railroad tracks. Today, the neighborhood is home to luxury hotels and the Oxbow Public Market, but just across the street, some of the original little houses remain. Some are winetasting rooms, naturally.

Just a few doors down from Filippi’s Pizza Grotto, actually a more recent outpost of a Southern California Italian family restaurant, seven Zanardi Family children were born at 645 First Street in the early 1900s. In the 21st century, the house was remodeled by a Napa family of a more recent vintage. Uncorked at Oxbow is simply the snappy, attention-getting moniker of Ahnfeldt and Carducci Wines. Bruce Ahnfeldt, a Napa attorney who specializes in litigating the unfortunate legacy of asbestos, launched a happier legacy early in his career, planting vineyards in the mid-1980s. He started his own brand in 2002, and wines are made by Paul Hobbs, the Sebastopol-based doyen of luxury Cabernet Sauvignon.

For all that, what’s appealing about this joint is that it’s pretty casual and unaffected. Pop music plays on a radio, bar stools encourage plunking down and lingering for a while, and the host on a recent afternoon was a long-time local who talks frankly even while subtly selling tourists on the wine club. Ask about the horse on the label.

A kitchen-sink blend of whatever Hobbs fancied to throw in, from Pinot to Cab, the 2010 Rosato ($18) is flirty with light bubblegum aromas. With cigar-box aromas, raspberry, black cherry flavors and the like, the 2007 Ahnfeldt Napa Valley Merlot ($39) is warm, smooth and spicy; voted best Napa Syrah at the California State Fair, as staff is wont to point out, the 2007 Ahnfeldt Syrah ($32) is more Napa than Syrah, with baking chocolate and ripe, fig notes. The 2007 Cabernet Sauvignon White Label ($59) is what it’s all about: tobacco leaf, eucalyptus and a lean, dry finish with a good old dusting of Napa tannins. Not bad for vino from the other side of the tracks.