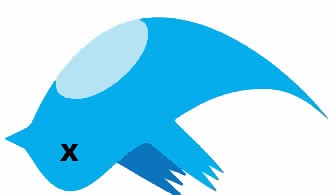 Lisa Maldonado, executive director of the North Bay Labor Council, is no shrinking violet when it comes to her Twitter presence. On a daily basis, especially with the onset of election season, she takes to task candidates like John Sawyer and Marc Levine for what she says are questionable campaign donations and pro-business politics. But a series of tweets about Sonoma County Supervisor Efren Carrillo, after he voted against a late-September proposal to ensure that county construction jobs were union jobs, may have had repercussions beyond the social-media realm. “Supervisor Carrillo still mum on why he stabbed workers in the back and supports big business over local hire. No details—just like his arrest,” tweeted Maldonado on Sep. 26.

Jack Buckhorn, president of the North Bay Labor Council, says that Carrillo called him in early October to complain about some of the tweets that Maldonado had posted. At an Oct. 9 meeting, Carrillo voted against a recommendation to continue Maldonado’s position on the Workforce Investment Board, of which she’d been a member for over two years, stating, “I don’t think she represents the interests of organized labor.” Supervisors David Rabbitt, Valerie Brown and Mike McGuire agreed.

On Oct. 11, Maldonado received a registered letter informing her that she had not been reappointed. Maldonado tells the Bohemian that in her opinion, the situation is an ethics and free-speech violation, calling it an “abuse of public office.” Buckhorn sees it as a case of censorship, and says that he’s shared this opinion with a couple of the supervisors. Carrillo could not be reached for comment.—Leilani Clark