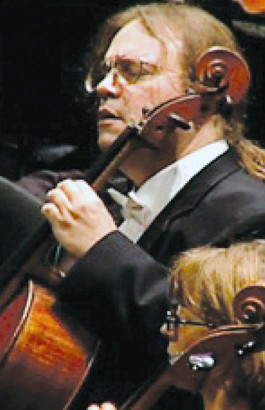 Jon and Holly have known each other since they attended a Marin County middle school together, but Jon never really noticed Holly until she starred in a dance revue at age 28. Jon, a world-class weightlifter, was smitten. Holly, an independent-minded woman, was thrilled. A romance ensued, a commitment ceremony followed and these two adults got on with their lives.

What’s different about Holly James and Jon Shapiro is that each has Down syndrome. What’s exactly ordinary about Holly and Jon is their love, their attempts to combine their lives as newlyweds and their aspirations, particularly Jon’s desire to win the heavyweight title for the sixth consecutive time at the annual Special Olympics. Just like his hero Lance Armstrong, Jon wants to beat all records; just like his hero Arnold Schwarzenegger, he wants to be the strongest man in the room. As for Holly—well, she just really likes his big muscles.

Bonnie Burt’s documentary Strong Love follows Holly and Jon for three years, tracing their courtship to the commitment ceremony at the Marin Art and Garden Center—their parents deciding not to allow the couple to marry due to possible loss of state benefits—through Jon’s arduous Special Olympics competition in Reno to the duo’s ongoing desire to have children (Holly was sterilized as a young woman, her mother frankly telling the camera that she couldn’t raise another child), a topic often raised, waggled about and then temporarily dropped.

Almost as fascinating are the supportive adults who continue to guide Jon and Holly, particularly their mothers and Jon’s weight coach Homayun, an Iranian man who joined the significant influx of immigrants to Marin when the Shah fell in the late 1970s. While “Homie” trains Jon to lift, he also trains him to be a man, realizing while the cameras run just how much Jon has taught him, too.

Strong Love is just one of 26 features and 18 short films slated to screen March 6&–8 at the second annual Sebastopol Documentary Film Festival. Sponsored by the Sebastopol Center for the Arts, the fest this year received some 300 submissions, according to executive director Linda Galletta. Filmmakers are hungry to have their work shown, and the documentary craft has grown exponentially in the last few years due to the relative ease and affordability of new equipment and the interest of a public poorly served but nonetheless piqued by reality television.

The festival’s focus this year is on films about music, and Freeway Philharmonic finds director Tal Skloot in the passenger seats of many North Bay musicians who travel half the state on a regular basis to perform. The “Freeway Phil” circuit, as the musicians casually refer to it, stretches from Reno to Fresno, with some players regularly pulling what they term a “triple,” in which they may attend rehearsal with the Marin Symphony in the morning, a dress rehearsal for the Santa Rosa Symphony in the afternoon and return to Santa Rosa in the evening to perform. The average pay is $90 per “service.”

One local bassoonist has 330,000 miles on her car; a French horn player tracks her gigs by the fast food outlets (Marin Symphony is A&W Santa Rosa, Quiznos). While many of the musicians interviewed say that they love the freedom of the lifestyle, just as many frankly admit to having little other choice. The last time the San Francisco Opera had an opening for a lead bassoonist was 25 years ago; the S.F. Symphony, 15 years ago. “I feel like I’m giving a lot of my emotion to this piece of metal,” a classical trumpeter shrugs.

Among the featured shorts is KRCB staffer Valerie Landes’ three-minute visual poem Rock On, a nearly mute glimpse at the work of Bill Dan, a self-described “balance artist” who makes mutable rock sculptures on the shores of Crissy Field, defying gravity by placing boulders atop pebbles and taking it all down at the end of each day. “Is there a rod going through these?” a bystander wonders. Dan doesn’t answer, packing up and riding quietly away on his bike into the dusk.

The Sebastopol Film Festival runs Friday&–Sunday, March 6&–8, at various Sebastopol venues. Filmmakers are in attendance at many screenings and Q&As and other special events are scheduled. For complete details, go to www.sebastopolfilmfestival.org or call 707.829.4797.