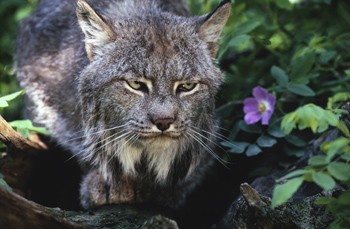 True Confessions of a Pet Sissy


Cat-a-strophic?: The real danger with pets is not that they might need you but that you might need them.

True confessions of a pet sissy

So, it’s come to this. I’ve grudgingly admitted it at parties, been forced to confess it to friends and have finally told my parents. Now I must spill it in print: There is a smoldering little lump of coal in my chest where my love for pets should reside.

Note that I write “pets” and not “animals.” Animals are different than pets. Animals, for example, don’t reside in my home. Animals find their own food. Animals are welcome to poop wherever they like. Animals can train their own damned selves to come and go. But pets . . . ah, pets.

Unlike animals, pets have names with no Latin subgenus. Pets have little habits, adorable and otherwise. Pets need to be let out, and immediately let back in again. Most importantly, transforming an animal into a pet requires care, affection and love. You might even flirt with the dangers of becoming attached to a pet. You might begin to think that you need your pet. Take an animal from the wilds of a pet store, and you’ll suddenly realize that the pet needs you. Pets, simply put, are not for sissies–and this sissy says: Give me a black bear and a rattlesnake every time.

It all began in childhood, in a series of hair-balled houses where my parents maintained a strict 6-to-1 feline-to-family population ratio. Strays arrived at our door with alarming frequency, as though our fence was marked with an “X,” as hobos did during the Depression to let others know that the woman of the house gave dinner out the back door.

But even I, the little lump of coal not yet diamond-hard, had some favorites. There was sweet, darling little Milk Moustache, all orangey and plump, a rim of white over his upper lip. My uncle wanted him, so off he went to live in a commune with my uncle and his band. Ten months of commune life and he was returned to us renamed as Punk, a cat so stupid from being batted around in a cloud of dope smoke that you could push him off the low ledge of a piano bench and he wouldn’t land on his feet.

You see how it is with pets. You screw ’em up–they stay screwed up.

Pets are risky. We had a white rat, a descendant of those lab rats raised solely on orange pop and white bread to see if such a diet causes cancer. It frisked along happily enough in our house on brown bread and tofu scraps, but one day grew suddenly huge with a tumor that enlarged overnight until it popped, exploding the rat’s chest.

Pets can be illogical. Hamsters are nocturnal; children are diurnal. All you have of a hamster is a sleeping form in the day and a creaking wheel at night.

Pets are vulnerable. We had a bird. Cat ate him. We had another bird. You can guess.

None of this happens with animals. Of course, they have traumas, might explode, do stay up all night and often get eaten. But we generally accept this as just part of the daily Darwinian dilemmas of the animal kingdom. When these same “natural” occurrences happen to pets, out come the shoebox and backyard gravesite, the children draped in black crepe. Sissy says: fuhgeddaboutit.

Not yet found in scientific journals, my hierarchy of emotional risk goes like this: there are animals; there are pets in general; there are cats; and then there are dogs, the pet-tiest of pets, and therefore the most dangerous. It’s terrifying enough to conceive of raising a child. Add a dog to the mix, and you realize that your bouncy, slurpy puppy requires the same attentive care as does a baby. Chewed shoes, chewed couch legs, chewed pigs’ ears and–if you live with a sort of joyous je ne sais quoi–chewed underwear redecorate your house as soon as Puppy moves in. The air becomes redolent of spit and excited squirts of piddle.

An entire revolution around the sun is completely consumed with Puppy becoming Dog, just as some 18 years are spent ensuring that Baby becomes Adult. But Baby presumably toddles off to college, earns a degree, makes millions as a social worker and returns home to care for Mom and Dad, offering small chocolates at bedtime and foot rubs at lunch. As a bonus, Baby can usually learn to speak. Not Dog. Sure, Dog gives unconditional love and loyalty, but you put all that work into Dog and then eight to 10 years later, what does it do? It dies. Baby might wait 77.6 years to do the same. Surely you can see the return margin of emotional investment here.

Like Baby, Dog needs care and training. Unlike Baby, Dog has no friends, never goes to school (unless you take it there and stay, practicing fricative commands until you yourself are redolent of spit), and doesn’t ultimately move out to a house of its own that isn’t located in the backyard. The upside is that Dog rarely likes rap music any louder than you do, and never mutters “Bitch” under its breath when you order it to lie down. All that said, Baby still wins.

But here’s the kicker: Everything that is wrong, deformed, misbegotten and no darned good about your own personality becomes a shining beacon of evidence in your dog’s personality, more than any genetic progeny could ever mirror.

Tend to shy away from challenges? Your dog is guaranteed to be a sniveling little coward that attacks other dogs only when they’re chained to light poles or locked in cars. Have a few sweet little neuroses that only add charm to your demeanor? Your canine companion won’t get in the car unless physically lifted in, will only eat food that you’ve cooked yourself and will only take the leash if you attach it from the right side, not the left.

Perhaps my risk-o-meter rises because I’m not good with dogs. They sense it; accordingly, they love me. I need merely step through the threshold of a dog-run house, and King drops his pig ear to slather up my jeans and hump my leg with the rigor of a V-6 engine stuck in fifth gear. Politely pushing him down is an invitation to increased exertions; simply standing there weeping is interpreted as foreplay. I tend to back out of the threshold, clutching my dish-to-share in shaking hands and remembering that dinner parties are never much fun, anyway. People just talk about pets and babies.