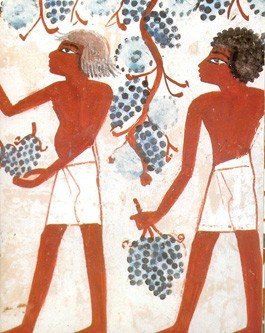 Sex, politics and religion are dicey subjects at any dinner table, but bring up “natural wine” with grape-industry folks, and there might be real trouble. “Natural” is one of those deceptively innocent-sounding concepts that’s just as sure to instantly appeal to some as to throw others into a rage. “It’s a loaded word,” admits Ian Becker, manager and buyer for San Francisco’s Arlequin Wine Merchant. “We’re aware of that.”

If the designation sounds dated or more vague than “certified biodynamic,” or even like something was lost in translation, it could be. It all started back in post-WWII France, when Beaujolais wine merchant Jules Chauvet was dismayed by the surfeit of chemicals used to farm grapes and mass-produce wine. He inspired a movement of natural-wine adherents who say that while the vineyard is a great place to start, organic is not enough. They want to take it to the cellar, turning back the clock on a century of winemaking advances.

A succinct definition is offered across the bar at Terroir, a comfortably rustic lounge on San Francisco’s Folsom Street with an exclusive focus on natural wines: they’re fermented without the addition of commercial yeast. A host of native yeast generally takes up residence on grape skin, creating a hazy “bloom.”

When the grape is crushed, the yeast invades and dutifully converts its sugar into alcohol. Wineries add a single yeast species to accomplish this task, but Saccharomyces cerevisiae is available in a whole catalogue of substrains that produce more fruit character, ferment more slowly or can withstand higher alcohol before expiring, all depending on the varietal of grape and style of wine desired. For many winemakers, these options are indispensable to their craft. For natural wine adherents, it’s a manipulation of natural processes that are best left alone.

Manipulation is the bogey word of natural wine. Grapes are subjected to all kinds of unnecessary additives and machinery, the reasoning goes, in order to create unnaturally rich wines that will appeal to wine critics—Robert M. Parker, most of all.

“Everything we do is manipulation,” counters winemaker Robert Rex. “Picking the grapes is manipulation. We pluck the leaves from the vines to allow the grapes to ripen better. I would call that unnatural. I could go on.” Rex once sat down with colleagues with the goal of creating a natural wine society. But they could not even arrive at a satisfactory definition of the term.

“An unnatural wine would be one that is constructed from artificial flavorings, coloring and chemicals, like Coca-Cola. I don’t think there is any wine in the world like that. There is no such thing as an unnatural wine,” Rex adds.

“Instead of arguing about semantics, let’s get back to the wine itself,” Becker says, noting that events like San Francisco’s Natural Wine Week, which wrapped up its second annual series of tastings and restaurant events in August, are just opportunities to open a discussion. “We’re not saying, ‘If you don’t do this, you’re doing it wrong.’ We just want to talk about the winemaking process. It brings people into the story of wine even more.”

True, the story that wineries prefer to tell includes hand-picked grapes, “ancient method” fermentations and handmade oak barrels—but never diammonium phosphate. It doesn’t sound natural and it doesn’t smell great either, but it’s just yeast food that is supposedly eaten up by the end of fermentation. When wineries tone down a wine’s excessive alcohol using reverse-osmosis technology, they don’t talk about that, either.

Still, some in the ultra-premium wine business bristle at suggestions that their product is “unnatural.” Consumers are drawn to products that sound like they may be more healthful than the next, and an apparently guileless natural wine implies its antithesis: a nefarious trickster who dupes the unwary into drinking newfangled, “manufactured” wine.

While this is currently about as much of a bother as a fruit fly to the wine factories of the Central Valley, some critics cry foul, sensing the stink of sophomoric accusation, like when a high-minded vegan objects to the presence of organic, grass-fed burgers at a barbecue. When natural wine supporters exalt, “This wine is made in the vineyard, not in a lab!” they do little to dispel such fears.

Robert Rex’s Deerfield Ranch wines are already conscientiously made with low sulfites to help avoid allergic reactions, and he claims that they’re free of many other substances often found in wine. “People think they are getting a more ‘natural’ wine if it is not fined or filtered. This is nonsense,” he says. “Unfiltered wine is more likely to have bacteria of all sorts, and usually does. The bacteria is natural. Unfiltered wine can be more unstable and more likely to spoil.”

Indeed, out of several French wines tasted at Terroir, some display aromas that experienced tasters might recognize as wine faults. In some cases, that’s simply the local style, says proprietor Luc Ertoran; that’s just how they do it in the Jura. There are only a few true natural wine practitioners in the North Bay, but they make wine more in line with California expectations (see Swirl, p19).

Thus far largely an urban wine-bar phenomenon that’s also been critically worried by wine bloggers while Joe Merlot remains unaware of its existence, natural wine may have a chance in such hands.

“It’s not like it’s some kind of communist-y movement,” Becker laughs. “If you want to drink Two Buck Chuck, that’s fine. But there are a lot of other choices.”