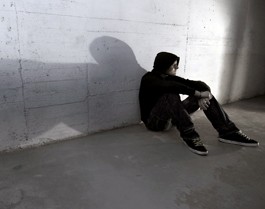 LONELIEST NUMBER: It costs some $46,000 to keep a nonviolent drug offender in prison for a year.

It’s a decision about whether to continue with a “lock ’em all up” philosophy or follow the trend begun in 2000 when voters approved new treatment and rehabilitation efforts under Proposition 36.

Prop. 5 will take that approach a step further, expanding the types of offenders eligible for diversion into treatment programs and financing those services by taking $460 million a year off the top of the state’s general fund. It will also revamp the parole system, giving credit for participation in a treatment program; lighten the charge for possessing less than 28.5 grams of marijuana from a misdemeanor to an infraction (like a traffic ticket); fund additional treatment programs for teens considered at risk of committing future drug crimes; and provide inmates with rehabilitation programs at least 90 days before they’re released from prison.

Defense attorneys and professionals in the rehab community say that NORA will safely reduce prison overcrowding by providing nonviolent offenders and parolees with much-needed treatment and rehab services under close supervision. Among those supporting the proposition are the California Association of Addiction Recovery Resources, the California Federation of Teachers, the League of Women Voters of California, the California Nurses Association and former San Quentin warden Jeanne Woodford.

Prop. 5 is poorly written and would be difficult if not impossible to adjust, charges Kevin Spillane, a spokesman for People Against the Proposition 5 Deception.

“The initiative enables criminals who have committed other crimes to avoid prosecution and go into a drug treatment program. The intent is to enable a wide array of criminals to escape prosecution,” Spillane asserts. “This is a back-door attempt to legalize drugs.”

That’s not true, counters Margaret Dooley-Sammuli of the NORA Campaign: Yes on 5. “It certainly isn’t a veiled attempt to legalize drugs,” she says with a laugh. “All of these attacks we’re hearing now in the Proposition 5 campaign we heard in 2000 when Proposition 36 was on the ballot.”

In seven years of implementation, she notes, Prop. 36 allowed 36,000 people a year to enter treatment, more than half of them for the first time.

“What we find is that intervention in the courtroom is extremely successful,” Dooley-Sammuli says.

While opponents argue that Prop. 5 limits judges’ ability to decide who gets diverted into treatment, Dooley-Sammuli contends it actually gives judges more discretion than they have under Prop. 36.

California operates 33 state prisons and related facilities, with a total adult inmate population of 171,000. In the 2008–’09 budget, annual operating costs for the California Department of Corrections and Rehabilitation is approximately $10 million. The cost to keep an inmate in jail for one year averages $46,000.

Prop. 5 takes $460 billion off the top of the state general fund without any guarantee that it’s going to be successful, says Sonoma County Assistant District Attorney Diana Gomez.

“The financial impacts are unknown,” she says. “The legislative analyst’s office has no real way to determine if it’s going to save billions or cost billions.”

But NORA supporters point out that although opponents object to earmarking $460 million of the general fund for rehab, many of those same law enforcement groups support Proposition 6, which would take $965 million out of the state general fund for law enforcement efforts and to build more prisons. Prop. 5 supporters say it’s time to change how the state spends its money.

“People don’t like Proposition 5, because it takes money off the top of the California general fund,” acknowledges Michael Spielman, executive director of the Drug Abuse Alternatives Center. “But that money right now is going into prisons, so why not put some of that money into treatment?”

Three categories of treatment are created under NORA. Offenders charged with nonviolent drug possession offenses who have no current or prior violent convictions would go in Track I, and judges would have the option of allowing offenders charged with non–drug related offenses to participate in this category. Track II would expand the programs now operating under Prop. 36, and Track III would be based on current Drug Court programs.

If someone fails in Track I, they can try again in Track II and yet again in Track III. Opponents of NORA criticize this as too lenient, but Spielman says it simply reflects the reality that most addicts don’t succeed the first time the go through rehab.

“If you believe that addiction is a chronic relapsing disease and you look at the success rates for treatment of addiction, they range from 40 to 60 percent. That’s the same rate you see in diabetes, hypertension and other chronic lapsing diseases.”

Prop. 5, Spielman says, is based on that reality and gives addicts additional chances to make treatment work for them.

He adds, “We’re talking about people who by and large are not violent. They’re in prison because of drug-related offenses.”

California’s initiative process can be frustrating, because unlike bills that go through the legislature, ballot measures have to be approved or rejected as they’re written. There’s no process for changes or amendments.

“Proposition 5 isn’t perfect, but it will go a long way” toward making things better, Spielman says. The opponents of Prop. 5 criticize it, but don’t offer an alternative.

“All the studies show that treatment works, so you’re giving people a chance at treatment instead of incarceration.”