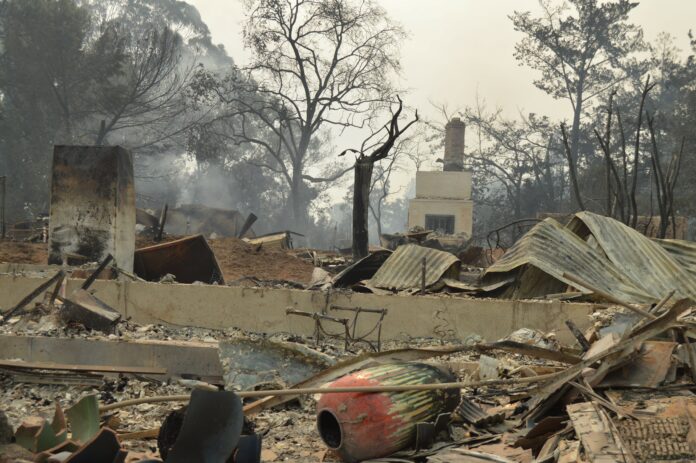 The Santa Rosa Police Department says it has arrested three suspected looters on Cleveland Avenue and on Peterson Lane. In a release, Sgt. Jeneane Kucker relates that Kelly Thomas Martin and Tammara Lavette Hill were arrested and brought to the Sonoma County Jail on new charges and outstanding warrants. Both are in their late forties. Martin was arrested while in possession of methamphetamine and ammunition. Patrick Brian Daly, who is 28 and also of Santa Rosa, allegedly stole a bicycle in the evacuated zone and “threatened the owner with a knife during the commission of the act.” He was arrested while in possession of another stolen bike and for holding unspecified narcotics.

Between Oct. 9 and Oct 11, SRPD responded to 69 calls of suspicious activity or suspected looting. Fifteen people have been contacted as a result of those calls, and those three have been arrested. SRPD says its priority “is saving lives during this horrendous disaster,” but is also “taking the protection of property very seriously” says Kucker in her release. Security is tight around the evacuated areas of the city and SRPD has been actively looking for trespassers, looters and people thumbing their nose at the city’s curfew restrictions.