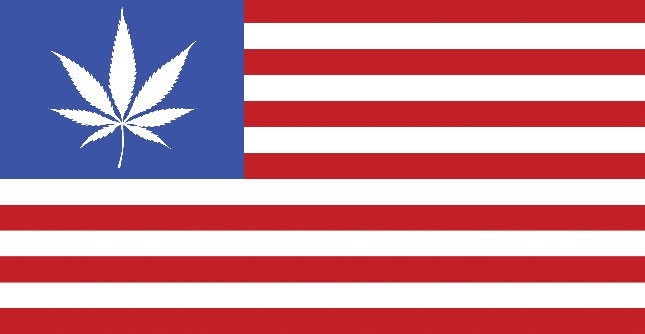 The Year in Drugs

Here are the biggest drug stories from 2016:

1. Marijuana legalization wins big. Pot legalization initiatives won in California, Maine, Massachusetts and Nevada, losing only in Arizona. These weren’t the first states to do so—Colorado and Washington led the way in 2012, with Alaska, Oregon and Washington, D.C., following in 2014—but in one fell swoop, states with a combined population of nearly 50 million people just freed the weed.

2. Medical marijuana wins big. Medical marijuana is even more popular than legal weed, and it went four-for-four at the ballot box in November, adding Arkansas, Florida, Montana and North Dakota to the list of full-blown medical-marijuana states. That makes 28 states—more than half the country—that allow medical marijuana.

3. Republicans take Washington. The Trump victory last month and looming Republican control of both houses of Congress has profound drug-policy implications, for everything from legal marijuana to funding for needle-exchange programs to sentencing policy to the border and foreign policy and beyond. Early Trump cabinet picks, such as Alabama Sen. Jeff Sessions to lead the Justice Department, are ominous for progressive drug reform.

4. The opioid epidemic continues. Just as the year comes to an end, the Centers for Disease Control announced that opioid overdose deaths last year had topped 33,000, and with 12,000 heroin overdoses, junk had overtaken gunplay as a leading cause of death.

5. Obama commutes over 1,000 drug sentences. In a bid to undo some of the most egregious excesses of the drug war, President Obama has now cut the sentences of and freed more than a thousand people sentenced under the harsh laws of the 1980s, particularly the racially biased crack cocaine laws; these are people who have already served more time than they would have if sentenced under laws passed during the Obama administration. He has commuted more sentences in a single year than any president in history and more sentences than the last 11 presidents combined.

6. DEA loses on kratom, for now. Derived from a Southeast Asian tree, kratom has become popular as an unregulated alternative to opioids for relaxation and pain relief, as well as withdrawal from opioids. Perturbed by its rising popularity, the DEA moved to use its emergency-scheduling powers to ban kratom, but was hit with
an unprecedented buzzsaw of opposition from kratom users, scientists, researchers and even Republican senators like Orrin Hatch, who authored a letter asking the DEA to postpone its planned scheduling. The DEA backed off—but didn’t back down—in October, announcing it was shelving its ban plan for now and instead opening a period of public comment.

Phillip Smith is editor of the AlterNet Drug Reporter and author of the Drug War Chronicle.