Cheryl Strayed lived on the edge, wrote it all down—and then Oprah came calling 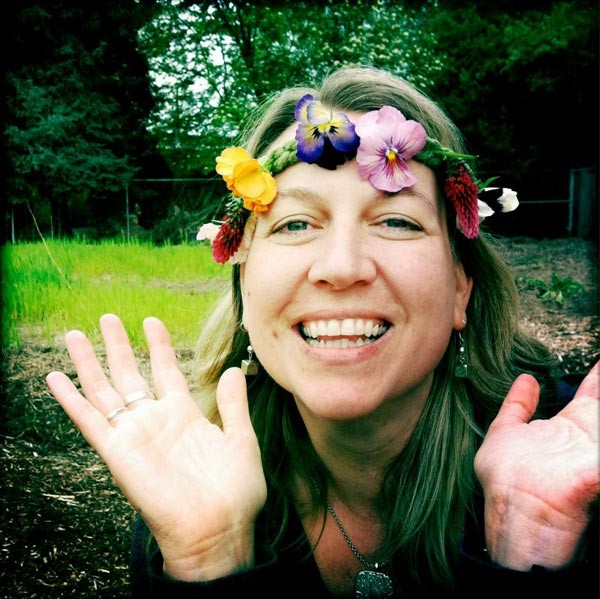 Sometimes writers come along who seem to speak, breathe, think and even spit magic. They write books that inspire readers to accost whoever’s within a 10-foot radius, to grab them by the collar and say, You must read this now! One modern writer who certainly falls under this category is Cheryl Strayed—and soon the whole world will know it.

Strayed speaks to me from her home in Portland, Ore., in the midst of a relentless travel schedule that began with the publication in March of her acclaimed memoir Wild: From Lost to Found on the Pacific Crest Trail. With the upcoming release of a second book on July 10, Tiny Beautiful Things—a collection of her “Dear Sugar” columns written for online magazine The Rumpus—that schedule continues in high gear. On June 30, Strayed appears at Toby’s Feed Barn in Point Reyes Station for a conversation with Point Reyes Books co-owner Kate Levinson.

Strayed says “shell-shocked” best describes her state during these past whirlwind months. After years of toiling as a midlist author, gaining minor recognition for her first novel, Torch, and writing well-received essays for national publications such as The Sun and New York Times Magazine, the success of Wild took her to new heights. Even Reese Witherspoon got in on the action, purchasing the film rights for the book through her new movie production company.

But that was only the beginning.

In April, while on a book-tour stop in Milwaukee, Strayed took a call from an unknown number on her cell phone. It was Oprah Winfrey.

“I loved Wild so much,” Winfrey told her, “and I want to restart the book club for your book.”

“It was stunning,” Strayed recalls, who had to keep the news a secret, from everyone but her husband and publishing people, for over a month.

Within a week, Strayed flew out to visit Oprah’s Santa Barbara estate, spending the day with one of the most famous women in the world. The two ate lunch together, chatted for hours and walked among the redwoods of the multimillion dollar property for a two-page photo spread in the July issue of O Magazine. “I love this book. I want to shout it from the mountaintop,” Winfrey declares in the magazine.

It’s almost every author’s dream, but “even without that, what happened with Wild was really intense and amazing,” says Strayed. “I mean, it had its own sort of success before Oprah came along, and I was plenty grateful to the writing gods, the book gods. So when the Oprah stuff came along, I was just sort of stunned. I’m still stunned.”

Since, Strayed has been traveling the country, meeting fans of the book, who are more than willing to share how much her writing has affected them personally. The Oprah website is overflowing with praise from people who have been moved to tears by Strayed’s story about her life-altering solo trip and her confrontation with her own fallibility, as she trekked north on the Pacific Crest Trail.

Yet, the book would be the same whether two people or 2 million people read it, Strayed says. It wasn’t written with a call from Oprah in mind.

“I’ve never written anything because I thought the market would love it,” she says. “I write because it’s what’s in my heart or what’s interesting to me, and I work very hard on my writing. I definitely want readers to connect with my writing, don’t get me wrong, but I also feel very grounded in the fact that I have no control over that, and that part of it is not about me.”

For anyone under the impression that Oprah’s Book Club is the territory of Women’s Novels about Women Doing Womanly Things in Very Unmanly Ways, note that previous picks include brutal books like The Road by Cormac McCarthy, The Poisonwood Bible by Barbara Kingsolver, The Bluest Eye by Toni Morrison and, yes, even Freedom by former Oprah denier Jonathan Franzen. He’s the author who famously expressed reservations when his novel The Corrections was chosen for the book club, saying on NPR’s Fresh Air that he worried it would be labeled as a book for women, therefore turning off male readers.

Strayed makes no secret of her dislike for the continued and, as she puts it, “discrete” ways that women and men’s stories are vetted and marketed differently by publishers. She’s a founding member of VIDA: Women in Literary Arts, an organization that dedicates itself to making conscious the oftentimes unconscious framing that occurs based on gender. Last year, VIDA released a study titled “The Count” which revealed stark differences in the number of male bylines in national magazines such as The New Yorker, The Boston Review, The Atlantic and even The Nation versus female bylines.

From the start, Strayed was adamant that Wild not be framed in a way that made the story seem smaller or softer than it was. She requested a gender-neutral cover and wanted assurance that the memoir would be marketed to everyone, not just women. Still, among other things, she’s had to deal with male radio hosts who’ve said they read the book and loved it before going on the air, but as soon as the show goes live, do the old fallback and describe it as a book for women. Strayed corrects them, saying, “No, that’s not true, I was really trying to tell a universal story. It’s not for women; it’s for people.”

So what can writers do, specifically women writers, to avoid being categorized as less universal, less serious and, ultimately, somehow less important than male writers?

“Be really mindful,” Strayed answers, “of not consenting to be small.”

“Small” is the absolute last word that could be used to describe Wild, which tells, in gripping detail, the story of Strayed’s hike at the age of 26 along the 2,663 mile Pacific Crest Trail that spans from Mexico to Canada. Though she officially set off from the Mojave Desert in 1996, the true journey started four years earlier when Strayed’s mother, a nonsmoker and seemingly healthy 45-year-old, died a few weeks after being diagnosed with lung cancer.

“Everything about myself had disappeared into the crack of her last breath,” Strayed writes in the book.

Strayed, now in her early 40s, had a soul connection with her mother, and the death of the woman who had borne poverty, abuse and divorce as best she could, raising her children in an atmosphere of love, hit the 22-year-old Strayed with the impact of a sudden, natural disaster. Strayed details her slip into the wilds of her own fractured consciousness and her compulsion to escape her body, fissured by loss and despair, through meaningless sex with strangers. Eventually, she landed in Portland, where she began using heroin with an aimless gadabout punk-rock boyfriend. Her estranged husband drove seventeen hundred miles out from Minneapolis, brought her home, helped her get cleaned up, and soon after, sent her packing with divorce papers.

By the end of her four-month journey down the Pacific Crest Trail, when Strayed crosses the Bridge of the Gods over the Columbia River, she’s traveled 1,100 miles by foot, lost multiple toenails, survived countless injuries and one encounter with a bear. She’s learned how to ford a river, navigate with a compass, read a topographical map and stay alive in the wilds of California and Oregon. And she’s managed to come to relative peace with her mother’s passing. It might not be redemption—life is still messy and her mother is still dead—but it is a form of acceptance.

All of these moments, from the breakdown of Strayed’s marriage under the strain of bone-drenching grief and subsequent cheating to having to shoot her mother’s beloved horse, Lady, in a frozen field, are told with unflinching, eloquent honesty. It’s a trademark of her writing, one that has earned her fierce fans, both under her own name and as Sugar, the Rumpus‘ astoundingly wise advice columnist who addresses letter writers as “Sweet Pea.”

When asked how she’s managed to cultivate what writer Steve Almond has called such “radical disclosure, radical honesty and radical empathy,” Strayed says that while the question is a hard one to answer, in the end it all comes down to the act of writing.

“The writer’s job is to be honest. You’re really seeking that deeper level of truth and meaning,” she explains. “When you do that, it’s really hard to be judgmental of other people.” It’s this ability to embrace the beautiful mess that it is to be a human that makes Strayed’s writing so affecting.

“I’m really just embracing complexity, what it means to be human, and inevitably that leads you, when you do that, to a very sincere and radical place,” she says, pointing out that the word “radical” actually means “root.”

“It’s that root place where we’re all human, and we’re all forgiven, and we’re also all implicated,” she says. “We’re also responsible for the good and the bad things in our lives, collectively and individually.”

At the same time that Strayed is able to look into the dark recesses without flinching, she’s also warm and generous with an easy laugh. We share a moment of fun when I jokingly say that now that she’s a darling of the Oprah scene, it might be time to let it all go, get out the hammock, drink margaritas and buy an island.

“It was so funny, when Wild was ramping up for publication, whenever a good thing would happen I would text my friend and say, ‘I’m not stopping until I have a pool boy,'” she says, laughing. “But lately I’ve been thinking, ‘Wait a minute? What is a pool boy?’ I guess I’d need to get a pool first. But I live in Portland, Oregon, which is sort of problematic because there’s only about six weeks in the year when you could actually use the pool, so maybe I need to rethink the goal.”

When I suggest that she’ll need to move to L.A. for a pool, she says with another laugh, “Yeah, then I become a cliché, don’t I? Move to Hollywood and have a pool boy.”

That’s probably not going to happen anytime soon, especially since Strayed lives a happily settled life in the Pacific Northwest with her husband, filmmaker Brian Lindstrom, and their two young children (when she’s not touring or teaching workshops at places like the Esalen Institute in Big Sur).

If anything, the last thing Strayed will ever be is a cliché. When I read back to her a quote from Wild I’d written in my own journal, one about being mindful always and developing herself as a writer, and ask if she’s fulfilled this promise to herself, Strayed says that amazingly she has. Though, she adds the caveat that there’s never one place that you arrive at only to stay there.