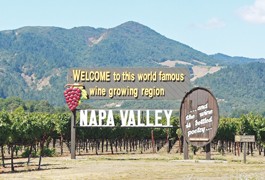 Napa County is having growing pains—billions of dollars’ worth of them. The nation’s first county to preserve vast stretches of contiguous farmland, Napa’s future is shaping up to look immensely more urban, developed and congested than its celebrated and faux-idyllic recent past.

Today, a dozen or more major projects are either drawn up, under construction or have recently been completed in the county. Projects on tap for the area’s outlands include an eco-village, uncounted sprawling mountain estates and a 100-unit housing development. Expected to rise from the valley floor are thousands of homes, hotel rooms and commercial spaces. At least one project will encroach upon 83 acres of sanctified Napa County Agricultural Preserve vineyards. Each of these developments promises either to enhance or threatens to destroy the well-cultivated character and natural beauty of Napa County—depending upon who’s voicing an opinion.

With development comes shifting alliances and changing demographics. Ginny Simms is a long-standing member of the tempered-development group Get a Grip on Growth. She sums up Napa’s challenges by saying, “What is really at stake here is whether or not there’s going to be a political majority, pro or con, for development in the city and in the county.”

One question begging to be answered is whether these development projects will solve existing problems or simply create new ones. Unlike other regional jurisdictions, Napa County fancies itself the model of visionary rural preservation. Its preservation has roots in a contentious debate that goes back 42 years.

During the Summer of Love in San Francisco, Napa Valley was a sparsely populated boondocks lolling in existential discontent. A report had forecast Napa’s population eclipsing 200,000 people by the year 2000. Its last census counted less than one-third that number, and this prediction scared the hell out of Napans.

Spurred to action by sprawling developments leveling orchards from Santa Clara north to Novato (as well as the world’s largest seed farm turned into something called Rohnert Park), a Napa coalition formed to protect their valley. Winery and vineyard owners led the effort with the tacit support of county assessor George Abate, who recognized that massive development brings massive public costs. The preservationists urged Napa’s Board of Supervisors to act, incurring the wrath of local landowners who claimed rights to subdivide holdings, particularly to build homes for their children. Pro-development farmers and landowners were joined by powerful money interests, including Inglenook heir and banker John Daniel, along with would-be developers and local real estate agents.

In 1968, the Napa County Board of Supervisors voted 4–0 to establish Napa Valley as the nation’s very first agricultural preserve (AP), thus handing the preservationists a hard-fought victory. While the size and scope of the acreage has changed over time, Napa’s AP today protects roughly 38,000 acres. Minimum lot sizes are 40 acres, and only one house can be placed on each lot. Judging from voter-approved measures strengthening the protected designation over the years, the AP is now near universally supported by Napans. Adding together the AP, the Land Trust of Napa County and various government-administered lands, close to 140,000 Napa County acres currently enjoy some form of legal protection.

Even so, there’s plenty left to develop. And there are plenty of reasons to do so.

It’s no surprise that Napa County is a pricey place to live. Masters of every industry, high-tech nouveau riche and lucky spermers alike all find Napa irresistible. Building a county-designated-minimum 160-acre estate high in the hills, owning one’s own vineyard and “cult” wine label—that’s effete society’s ultimate cache. Referencing one’s own Napa Cabernet is pure cotillion gold. But with hyperexpensive wines paired with über-rich masters, all gobbling and pumping up real estate prices, just where do Napa’s “regular” people fit in?

For the most part, of course, they don’t. Napa is the Bay Area’s No. 2 tourist destination, behind only San Francisco. The latest wave of upscale hotels and resorts, restaurants, retail shops and tasting rooms will doubtless create hundreds of new jobs. Service sector positions, however, do not provide adequate wages to compete for local market-rate housing. Thus comes the class-war rub.

The Association of Bay Area Governments (ABAG) mandates housing numbers for each Bay Area county. The aim is to fairly spread demographics and population throughout the Bay Area by providing homes not just for those who can afford them, but for those who most need them, too. Because Napa must adhere to ABAG protocols, incremental population growth is inevitable. But before any “low cost” or “affordable” housing can be built it must run the county’s legal, bureaucratic and public gauntlets.

With all the massive development taking place outside the Ag Preserve it’s easy to overlook smaller, but significant challenges to the AP itself. Already, at least one successful waiver has gone forward. Its legal cudgel, the 1974 Subdivision Map Act, is expected to be increasingly deployed in efforts aimed at circumventing stringent AP restrictions. Recently, vineyard owner Will Nord used the act to win a ruling allowing him to subdivide his 83-acre vineyard near Yountville, and to build six new homes there.

Two weeks ago, a proposal to allow deed-restricted “affordable” second homes on AP properties was unanimously rejected by the supes. St. Helena’s attempt to annex 101 AP acres for use as a wastewater treatment spray field was likewise turned back, but with each chink in the armor, more money and more developers are bound to join the fray.

Like Ginny Simms says, “Napa County has been in the sights of developers for a very long time.” Expect more sightings. Here are just a few:

Coming Down the Pipe
Project: Napa Pipe
Where: Just outside the southeast city limits
Cost: $1 billion
Opposed by: Get a Grip on Growth
Current status: Developer is preparing a draft environmental impact report, expected to be released this August or September. Meanwhile, the county is holding monthly public meetings.

Napa Pipe is a 152-acre former industrial site located below the southeast border of the city of Napa. The most expensive project the county has ever considered, Napa Pipe could go a long way to satisfy state and regional demands that the county provide its fair share of housing—affordable, yes, but mostly not. From a preservationist’s perspective, green-lighting Napa Pipe could take pressure off calls for housing development in the Ag Preserve.

San Francisco developer Keith Rogal hopes to build more than 200 housing units annually over a 10-year stretch. Napa Pipe has met stiff resistance from individuals and local groups like Get a Grip on Growth, who tick off a laundry list of project negatives. Rogal has whittled his project down from 3,200 units to its present 2,580 townhouse affair, replete with four- to seven-story buildings, park acreage, a hotel, restaurants, office and light industrial spaces.

Current status: Gasser’s a go; all else is open or will soon be

Napans know precisely how previous attempts to raise the city’s status have failed miserably, COPIA being their most recent painful reminder. Recently, an influx of development capital has provoked a new, albeit cautious, optimism.

The $100 million, 180-room Westin Veresa opened on McKinstry Street last August. On July 1, the five-story Avia hotel opens it doors, touted as “a posh urban oasis.” This 141-room First Street hostelry offers upscale accommodations from $200 to $400 a night and a first floor primed to showcase retail and restaurants (yet to be leased).

Michael DeSimoni’s Riverfront, on the other hand, has caused some concern. Its 70,000 square feet of new commercial space stands virtually empty. Fifty luxury condominiums with price tags topping $1.5 million fill out the Riverfront project. DeSimoni attributes vacancies to being picky about the quality of his targeted tenants. “We’re not going to yield to junkies,” DeSimoni is quoted saying. For now, Riverfront’s sole lessee is Morgan Stanley Smith Barney.

Putting Off the Ritz
Projects: Ritz-Carlton and the St. Regis
What: Five-star hotel  – resorts
Where: East and south ends of the city of Napa, respectively
Luxury units: About 600
Cost: Ritz-Carlton, $270 million; St. Regis, unknown at press time
Current Status: Financially challenged and in the works

Both the Ritz-Carlton and the St. Regis hotels would greatly enhance Napa’s city image as a world-class destination, but they’ll be anything but boutique in size and scope. About a half-billion dollars is expected to be poured into the two separate ventures. In addition to unsurpassed overnight accommodations, expect luxury condos, retail, conference and banquet facilities, spas, underground parking, acres of vineyards and a 25,000-case winery.

The St. Regis marks the second attempt to build a resort on the Stanly Ranch Carneros property. A proposed 600-home, 300-room resort, retail and golf course monstrosity was withdrawn in the late 1990s after the city threatened to put it up to the citizens for a vote. The latest slimmed-down 245-unit St. Regis is expected to fare better.

The Ritz, meanwhile, has run into financial snags due to the recession. Its Florida-based developer hasn’t pulled the plug, but the project appears in limbo.

Lake Luciano’s golf course and housing development suffered an early June blow from the board of supes, but challenges are expected. Pope Canyon’s Villa Berryessa is tentatively approved, with 100 homes slated to be built on 97 acres across the hills from Napa Valley.

Aside from Napa Pipe, no development proposal has met such blustery opposition as Pacific Union College’s 380-unit Eco-Village in Angwin. Even Robert Redford has joined efforts to quash it. A recent decision by the supervisors has breathed new life into the project, and, moreover, it may benefit should former Napa police chief Dan Monez gain a seat on the board in the next election cycle.

Ghisletta
Project: 1,000 single family homes on 142 acres
Where: Off Foster Road, west of, but expected to be incorporated into, the city of Napa
Cost: Half a billion dollars at a $500,000 per-home average
Opposed by: Save Foster Road
Current status: Wending through the public process

A City of Napa annexation application was approved two years ago, but was later withdrawn when a tax agreement could not be reached between the city and the county. The project is presently on hold.