.The Sport of Pols 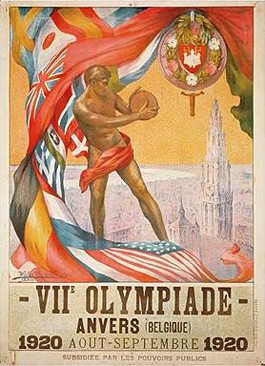 God knows the Olympics have been riddled with politics, commercialism and drug scandals since ancient Greece, but David Maraniss’ Rome 1960: The Olympics That Changed the World (Simon & Schuster; $26.95) offers the Olympic vices in forms first recognizable to modern sports fans. Bookended, as Maraniss writes, “by the Soviet spy trial of American U-2 pilot Gary Powers and Khrushchev’s threat to stir things up at the U.N.,” the 1960 games were “in no way isolated from the eruptions and disruptions of the modern world.” Indeed, they seemed to reflect them. Rome “teemed with spies” as the Russian KGB frantically tried to head off possible defectors. For the first time, steroids and amphetamines were detected during routine testing. Racial tensions boiled, while the International Olympic Committee tried to avoid the issue of South African apartheid.

Maraniss, author of the biography of Vince Lombardi, When Pride Still Mattered, has chosen the most colorful Olympics ever to write about. While a “movable feast” of sportswriters roamed from event to event on motor scooters, helicopters and “little Fiat 500 cars with Italian sailors behind the wheel,” legendary athletes such as light-heavyweight boxer Cassius Clay (later to be known as Muhammad Ali) and Wilma Rudolph, the first American woman to win three gold medals in a single Olympics, enthralled millions who were the first to watch the games on television.

All during the 17 days, writes Maraniss, “one could see an old order dying and a new one being born.” Avery Brundage, the iron-fisted president of the IOC, saw the first cracks in his pristine amateur domain as athletes complained—and journalists supported them—about “everyone making money from their efforts but themselves.”

As always, Maraniss constructs the big picture from a thousand vivid details: “Before the Olympics, the Eisenhower administration argued that it was not necessary to keep pace in ancillary interests such as sports.” After the Olympics, the Kennedy administration decided that “some Soviet sporting activities have certain propaganda benefits that needed to be counteracted.”

From there on, politics played an increasing role until, in 1980, the political tail wagged the Olympics dog, which is the subject of Boycott: Stolen Dreams of the 1980 Moscow Olympic Games (New Chapter Press; $25.95) by Tom Caraccioli and Jerry Caraccioli.

With a foreword by Walter Mondale, Boycott effectively paints the background of the Carter administration’s decision to pull American athletes out of the 1980 Moscow Summer Olympics in response to the U.S.S.R.’s brutal repression of Afghan independence. In the process, the book also serves as a poignant tribute to hundreds of American athletes “caught in the middle of a geo-political chess match between super powers.” For many of them, this book will be their only chance to recount their Olympic dreams, most of them bittersweet. For instance, wrestler Gene Mills laments, “I was probably the most dominant wrestler in the world for years, and I can’t even get recognized for it because I didn’t win an Olympic gold medal. I think about it a lot.”

The Caraccioli brothers, authors of Striking Silver, the story of the 1972 U.S. Olympic hockey team, do a fine job of representing the pros and cons of the boycott. One wishes, however, for a little less spin-doctoring of the sort done by former vice president Mondale, who defends the decision to call for the boycott by comparing the Russians in 1980 to “Nazi Germany at the infamous 1936 Berlin Olympics.”

Mondale should have thought that argument through: thanks to Jesse Owens, U.S. participation in 1936 resulted in a massive humiliation to Hitler. It’s hard to close this book without agreeing with swimmer Glenn Mills, who 28 years later believes that the Carter administration’s only function should have been to “butt out. Anyone who has ever been involved in international athletics will realize the way we’re going to bring this world together is by kids coming together to compete.”

Next ArticleLive Review: Tom Waits at the Ratcellar – Dublin, Ireland