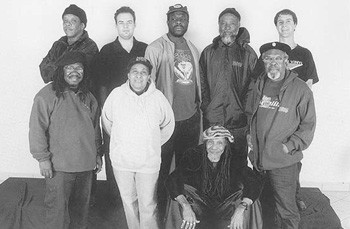 It ain’t spring without ska. And the Skatalites–one of the most influential and underrated groups of musicians ever to swing and sway on the island of Jamaica–always go down real smooth. Four decades ago, this legendary band helped define the upbeat dance music that served as a precursor to rock steady and reggae and inspired three waves of British and American imitators, from such ska revivalists as the English Beat to the Mighty Mighty Bosstones to rockers No Doubt.

The Skatalites land in Sonoma County on April 30 at a spring ska and reggae dance party that benefits Healdsburg Performing Arts Theater. A new live concert album, From Paris with Love, is scheduled for a May release.

It’s impossible to overestimate the Skatalites’ place in music history. Cofounder and tenor saxophonist Roland Alphonso, who died in 1998 after suffering a stroke onstage at the Key Club in Hollywood, was a trained musician who earned the nickname the Chief Musician and tutored the then up-and-coming Bob Marley and the Wailers (Alphonso taught them how to structure songs and count beats), among other reggae greats.

Born in Havana to a Cuban father and a Jamaican mother, Alphonso landed on the mean streets of Kingston at age five. Five years later, he started playing drums and eventually switched to saxophone. In the ’50s, he joined the Blu-Flame Orchestra, which also featured future Skatalites tenorman Tommy McCook and trombonist Don Drummond. All three had been students at the Alpha Cottage School for Boys, a Catholic-run educational institution for troubled and troublesome youths in Kingston.

The school, known for its high academic standards and strict discipline, also had a music program that turned hundreds of wayward boys into skilled performers. By 1960, Alphonso and his band mates were well-versed in big-band jazz and American R&B, and well on their way to exporting the distinctive brand of contagious upbeat Jamaican dance music known as ska. The already talent-laden band later added pioneering ska guitarist Ernest Ranglin.

In 1963 the Skatalites–whose trademark sound included a swing tempo, jazzy brass, and skanking beat–teamed up with seminal producer Clement “Sir Coxsone” Dodd of the legendary Studio One. Together they created recordings that influenced fellow ska musicians and also laid the foundation for rock steady and reggae rhythms later embraced by American and European audiences.

From studio to studio, whether recording together or separately as studio musicians, they dominated the Jamaican scene of the ’60s, creating an impressive body of work. Members of the Skatalites served as session players on breakthrough recordings by Bob Marley and the Wailers, Jimmy Cliff, Toots and the Maytals, and Desmond Dekker.

In 1978, Island Records chief Chris Blackwell, responsible for Marley’s widespread fame, convinced the surviving members of the Skatalites to reunite in the studio (Drummond, who’d had a history of mental illness, had died in 1969 in Bellevue Sanitarium after being convicted of the 1964 murder of his girlfriend). The resulting album sat in the can for six years before its 1984 release as Return of the Big Guns.

In recent years, a host of modern jazz players have paid tribute to the Skatalites. On the group’s excellent 1996 album, Greetings from Skamania, for instance, the Skatalites were augmented by trombonist Steve Turre, alto player Bobby Watson, and percussionist Larry McDonald–all stellar players.