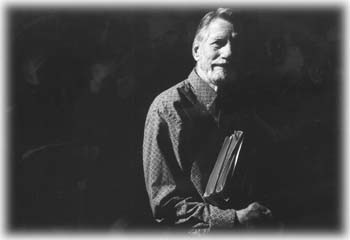 Worth, wonder, and work

LONG BEFORE Plato’s shadow tales were first cast by firelight onto the cave wall, humankind had shared the very particular trait of wanting to act out the stories of their lives. Yet that most ancient of art forms–the play–is still enjoying the mighty flicker mightily.

In Sonoma County, the boards are creaking as new stages appear and older companies are reinvigorated. And while William Shakespeare and Neil Simon maintain a constant companionship with local audiences, the real news is in the upswell of original works written by local playwrights.

As the dramaturge for the Sonoma County Repertory and Main Street theaters, Doug Stout knows all about this. Stewarding Sonoma County Rep’s innovative monthly Monday Night Muse series of staged readings, Stout is constantly on the lookout for new work that can stand the competition in this July’s New Play Festival.

Worthy plays are often first tried at Monday Night Muse, with rehearsed actors reading directly from the script on a bare stage. Generally, Tuesday finds the playwright hunched over the keyboard, rewriting.

Working with a team of two other readers, Stout is busy culling his voluminous mail down to six or so plays, one of which will receive a fully costumed and set-designed treatment; the runners-up receiving staged readings.

Surely he knows what makes a play good.

“This is where it becomes real tricky,” Stout chuckles, seated in Sonoma County Rep’s office. “My preface is that if I give you a formula for how to select the best play or what makes a good play, someone will write a play violating that formula that will be better than anything in the formula.

“However,” he says, crossing his leg, “I would say that a play should have drive–immediately it should pull you and push you until the very end.

That stern caveat aside, Stout shakes his head. “I’m a playwright, poet, novelist, and I’ve written many essays. Very few times in my life have I produced anything with great worth and wonder,” he laughs. “I wish it could happen more. Most of the plays we get don’t have those qualities.”

Writing is hard enough without having to actually make up words and put them in other people’s mouths. Well, perhaps not hard for everyone.

NINETEEN-YEAR-OLD actor Matt Farnsworth is seated on the hot patio of his parent’s Santa Rosa home. Inside, his smiling mother works at the dining room table, and outside lies a copy of Farnsworth’s The Pale Monkey-Dirt of Love. One flips idly through this story of anguished young love to see the words “fuck” and “syphilis” repeated hypnotically on a page. And Farnsworth’s mother is still smiling.

Actually, she’s got plenty to grin about, as this young playwright just had Pale Monkey-Dirt and another one-act play produced at his former school. An actor who appears with Main Street and Sonoma County Rep, Farnsworth appears to come easily to the playwright’s craft.

“There’s something with the language and how characters talk to each other that I find very appealing,” he says. “I guess in a sense it’s very limited, because you can’t explain everything or write out a paragraph about what this place looks like or what these people are feeling–they have to express it through what they’re saying. I think that’s what really drew me to it.”

Santa Rosa Junior College English instructor Bob Duxbury sits in a rehearsal studio, grinning at his own words as student actors wrap themselves around the dialogue of his one-act play Caltrans.

Slated to be performed May 19-20 with four student-penned plays at the campus’ Playwright’s Festival, Caltrans pokes ardent fun at the whole California thing.

Duxbury’s efforts include a play about the inequities of Prop. 187 that was recently given a live performance on KPFA (94.1 FM). “I try to write about political things, but I got so much resistance from my classes while I was writing [that play],” he sighs. “Young Americans want everything filtered through the guise of relationships.”

Noting that Caltrans is being mounted for only about $15, Duxbury is enthused about the democratic nature of live performance, an element that keeps play-writing interesting for him. “There are an awful lot of gaps out there in American society that theater can address,” he says. “People don’t read, but people will sit still to be read at.”

Marc Bojanowski and Nichola Penney both have plays in the Playwright’s Festival. How do they feel about their craft? “I despise it,” answers Bojanowski softly. “At the same time, I don’t think that it’s something that I’ll ever be able to stop doing.”