.The Gift of Moo 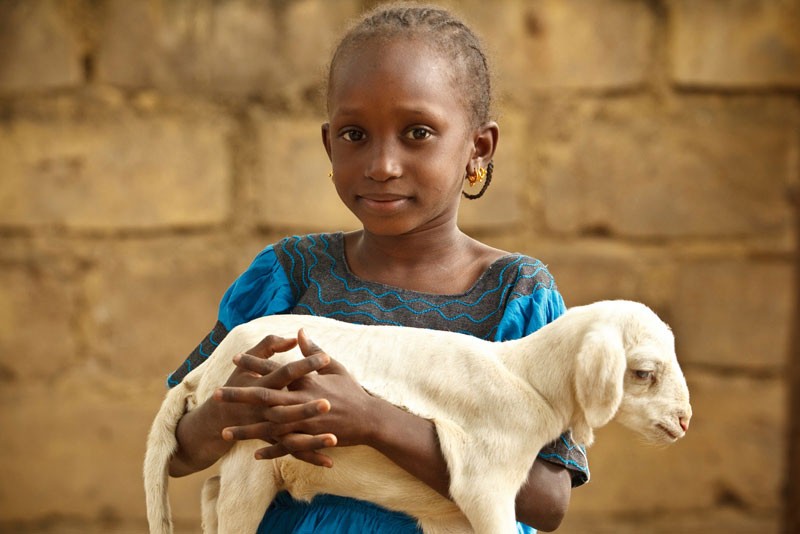 “It’s fun to give someone a chicken,” quips Betty Malmgren, “or some bees.”

Malmgren is a Napa volunteer for Heifer International, a nonprofit whose mission is community organizing, animal husbandry and creating viable small businesses in poor communities. Napa’s Heifer group, founded by Evie Trevethan, once sewed a quilt and raised enough to buy an ark of animals for women organizers in Nepal. (Twenty dollars buys a flock of geese, so the $5,000 ark must indeed rival that Biblical shipment).

When co-organizer Nancy Evans presented the quilt in person, she was awed. “It was a very heartwarming and overwhelming experience,” she says. “When we arrived in Nepal, there were 40 women in saris with flowers. They had a three-hour ceremony where each woman stood and talked about how she had personally benefited from Heifer International.” The women had trained the adolescents, who built a coop and raised 1,200 chicks to maturity. From his poultry earnings, one young man purchased a scooter to attend classes in Katmandu, 10 miles away.

Evans keeps a photo of the Nepal Heifer group, depicting women breaking up rock with hammers to build their cement meeting place. “They had to contact the local government and the Buddhist monastery for assistance,” said Evans. “But it was the first time these women had reason to get out in the community to get things they needed. At first, they could only contribute 18 cents a month to their group, but as a result of their work, it rose to $2.”

“Heifer is really about a sustainable living model that works at the community level; the focus is on training,” says Trevethan. “It’s about learning to work together as a group. And the coolest thing that happens afterward is the ‘Passing on the Gift’ ceremony, where a female offspring of a gift animal is passed to another family. It’s tremendously moving. The training is passed along, too. When the whole community has benefited, then the gift moves to other communities.”

Story after story documents how individuals—mostly women and children—are transformed as a result of a Heifer gift, sometimes radically improving the lives of females. Typically, in poor countries when a family can afford to send a child to school, it is the boy who gets to go; in some places, emerging social changes include education of females.

“There’s a book, Beatrice’s Goat, about a young African girl who got to go to school because of events following the gift of a kid goat,” says Trevethan. “But the real purpose of Heifer International is making whole communities become sustainable.”