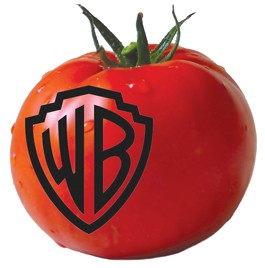 Here are the numbers; identify the movie. Days before a film’s release, many eyes go to RottenTomatoes.com, the internet’s leading aggregator of movie reviews. In the early going, our mystery movie scores 100 percent on the Rotten Tomatoes meter.

But one critic dissents; now the meter reads 98 percent. Alarm! The dissenter gets 120 comments, and the count keeps growing. Through fiber optics lattices, torrents of electrons shoot the message that shoots the messenger: “ur a dumb faghag.”

Welcome to the eclectic, iconoclastic world of the fanboy. These slurs defend a movie whose theme about the importance of diversity couldn’t have been repeated more.

Worshippers at the Tomato meter dream of the movie with a 100 percent rating, a rating that goes unbroken forever: a drumbeat of approval, unanswered by counterpoint. They recall that sad day when contrarian Armond White of the New York Press dared to dislike Toy Story III, destroying that film’s perfect 100 percent.

And now, a lowly Australian critic named Simon Miraudo has spoiled X-Men: First Class‘ rating. “It was a good run . . . but we all knew this day would come,” notes “Tyler S” sadly.

What can you do, replies another commentator: “Haters gotta hate.”

But imagine a parallel universe in which Miraudo had never been born. Even there, though, on opening day, when the colder media weigh in—magazines and newspapers—X-Men: First Class‘ perfect 100 percent was going to go down anyway. More opinions mean more dissent.

Rank conformity isn’t completely the fault of blinkered fans; they’ve been raised to be consensus-drunk since birth. But this amping-up of critical scores and box-office totals is relatively new. Box-office results are trumpeted every Monday morning, as equal in importance to government policy decisions and climate crises.

In an age when Americans feel encircled, they express patriotism by pumping their fists for what seems to be an American-made movie. (Your tax dollars at work: the U.S. Army spent some of its mega-million-dollar advertising budget linking the X-Men to its message: “It’s more than a uniform.”) Despite whatever consortium of international financiers actually owns a studio, despite how many foreign actors appear in it, one swells with patriotic feelings seeing star-haloed Mount Paramount, the Universal Globe and the Warner Bros. escutcheon.

But if they’re symbols of the America that was, they’re no longer symbols of America that is. They’re just omens of the final war to come: the war of logos. In fact, Warner Bros. just bought Flixster, which owns Rotten Tomatoes. Whether this takeover helps or hinders independent commentary, time will tell.