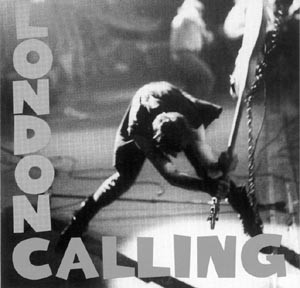 London Calling. Now the band is back in the spotlight.

Seminal British politico-punkers still a force to be reckoned with

“HEY, THAT’S Will Smith!” our 11-year-old house guest exclaimed a couple of weeks ago, a perplexed look on his face. Well, he was half right. Actually the song blasting from the stereo was “Rock the Casbah,” the original 1982 hit by the Clash that rapper Smith drew on for his recent end-of-the-century party jam “Will 2 K.”

The Clash are back. Not only do their beats echo on MTV and Top 40 radio, thanks to Smith, but their entire catalog once again is in print (11 newly remastered and restored CDs, including both the U.S. and U.K. versions of the band’s 1977 eponymous debut, were released three weeks ago on the Epic/Legacy label); a live CD, From Here to Eternity, featuring concert dates recorded between 1978 and 1982, hit the racks in October; and the band is the subject of a worshipful video documentary now airing on VH-1.

Indeed, the Clash–vocalists/guitarists Joe Strummer and Mick Jones, bassist Paul Simonon, and drummer Topper Headon–are in the air. For instance, Strummer and his current band, the Mescaleros, have crafted a contemporary version of the street-smart Clash sound on the recently released Rock Art & the X-Ray Style (Hellcat). And the band was cited prominently in “100 Years of Attitude,” an article in the January issue of the British music magazine Mojo (which holds a heavy reverence for ’60s, ’70s, and ’80s bands), in which big-name rockers voiced their views on the most influential musical events of the last century.

In the article, agitprop star Billy Bragg cited the day when the Clash’s White Riot Tour stormed into London in the midst of 1977’s punk rebellion. “This was the moment punk started to go into national consciousness,” Bragg noted. “. . . [The] Clash was a revelation. . . . I went in there a rock ‘n’ roll fan and came out a dyed-in-the-wool Clash fan. That moment changed my whole perception of how you make music, why you make music, and how to deal with the world.”

Emerging at the dawn of the punk era, the band, with its high-energy (often reggae-tinged) grooves, radical stance, and working-class themes, touched a nerve with young fans disenchanted by disco, discouraged by post-Vietnam War apathy, and disaffected by an economic slowdown that soon would spawn the shallow Americanism of the Reagan administration.

While most of the Western world was being lulled into a mind-numbing coma by ABBA, Donna Summer, and the Bee Gees, the Clash provided a snarling soundtrack for Britain’s civil unrest, denouncing police brutality and aligning themselves with the Marxist rebels in Nicaragua–all set to a highly danceable mix of modern rock and Third World beats.

WEANED on middle-class values, squirreled away in the art schools of London, and living on the dole and in squalid squats, the four musicians grew out of a band called the 101ers and a mutual respect for energetic rock ‘n’ roll. The early songs swung from the freewheeling adolescent spirit of “Janie Jones” to the street-fighting anthem “White Riot.”

The 1979 breakthrough LP London Calling, which included the classic-rock staple “Train in Vain,” showed the band’s maturing songwriting. The apocalyptic title track served as a call to arms for the punk generation, extolling the death of the counterculture (“phoney Beatlemania has bitten the dust”) and evoking defiance in the face of possible nuclear destruction.

At its best, the album also underscored the band’s emerging and sophisticated pastiche of roots rock, Motownesque pop, ska, reggae (the band teamed up with reggae mixmaster Mikey Dread), and even jazz.

The band’s growing disdain for power gained fervor with 1980’s Sandinista!, an ambitious, yet uneven, three-LP set that boasted some of the band’s best (“The Magnificent Seven,” “The Call Up”) and worst (the calypso-inspired “Let’s Go Crazy”).

By the time the Clash released their final album, 1982’s Combat Rock (produced by pop maven Glynis Johns), the band’s sound had been honed into a steely sharp razor. The album hit the Top 10 and spawned “Rock the Casbah” (an indictment of Iran’s ban on Western rock).

That year, the band split up (owing to drugs or political differences, depending on whom you believe), with Strummer moving on to a solo career (he wrote the theme song for Sid & Nancy and pursued film acting) and Jones heading up the landmark Big Audio Dynamite, which pioneered a rock-reggae-house-hip-hop hybrid years ahead of its time.

Before the latest round of reissues, the band in 1988 was anthologized on the two-CD set The Story of the Clash, Vol. 1, and in 1991 received the box-set treatment with the oddly titled Clash on Broadway. Two of the best representations of the band’s oeuvre remain The Clash: The Singles and Super Black Market Clash, a collection of remixes that sound remarkably contemporary and capture the raw power of one of the punk era’s best bands.

The band left a legacy that few of their contemporaries could match. “Across more than 10 years of listening to [the Clash single] ‘Complete Control,’ ” music critic Greil Marcus opined in 1988 (in an essay reprinted in 1993’s Ranters & Crowd Pleasers: Punk in Pop Music, 1977-92), “one reaction has always come first: disbelief. Disbelief that mere human beings could create such a sound, and disbelief that the world could remain the same when it’s over.”