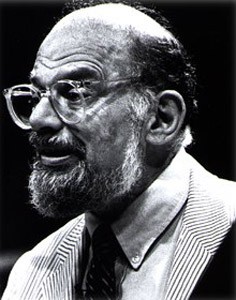 The Beats raged against the night

Those apt to quote the opening lines of Allen Ginsberg’s Howl (“I saw the best minds of my generation destroyed by madness, starving hysterical naked / dragging themselves through the negro streets at dawn looking for an angry fix . . .”), who have ceaselessly carried a tattered copy of Frank O’Hara’s Lunch Poems, or who considered Jack Kerouac’s On the Road to be a personal bible, will find nirvana in Sam Kashner’s When I Was Cool–My Life at the Jack Kerouac School: A Memoir (Harper Collins; $25.95), about his years at the Naropa Institute in Boulder, Colo.

I, myself, was such a person, a midwestern gal who never fit in with the madras shorts crowd. So when, in 1977, I heard about the Jack Kerouac School of Disembodied Poetics at Naropa, with Allen Ginsberg, Gregory Corso, William Burroughs and Anne Waldman as teachers, I wondered what self-respecting poet could resist the calling?

Author Sam Kashner heard the calling too, and left for Boulder two years before I arrived. Little did he know he’d be the only student and that the school wouldn’t be accredited for his entire stay. Still, the Beats never educated in traditional ways.

There is a sweetness about When I Was Cool that makes it immensely likable. Kashner has all the star-struck reverence of a groupie yet reveals the foibles of his subjects without judgment. He is continuously candid and self-effacing, and that makes him a very appealing narrator. He begins, “I wanted to be in the picture: the photograph in front of City Lights Bookstore of Allen Ginsberg, Peter Orlovsky, and Neal Cassady. They had their arms around each other. They looked happy. They looked like friends. They looked like they understood each other. And Allen Ginsberg–he looked like me.”

As Bette Davis once said, old age is no place for sissies. By the time of Kashner’s arrival at Naropa in 1975, the Beats had already known each other 30 years and some of their brightest stars were dead; those left complained of bowel problems and missing teeth. Kashner became Ginsberg’s personal assistant, or as he terms it, “apprentice.”

The awe Kashner feels before the great poet is truly palpable, but the reader feels a certain injustice when his apprenticeship includes attempting to “save” Billy Burroughs (William’s son) from slowly drinking himself to death or babysitting Corso off heroin long enough for him to finish a book of poetry. Yet, by being given proofreading tasks and paying attention to the unglamorous detail, Kashner becomes privy to truly intimate parts of the poets’ lives: they confess to him, they cry in front of him, they hit him up for money, they take him to the Rockies to harvest marijuana.

Through Kashner, we see the Beats wrestle with aging: Allen Ginsberg’s fear of losing Orlovsky, who has a hankering to start a family, to a woman; Anne Waldman’s fascination with fame; William Burroughs’ remorse at having shot his one female love while playing William Tell in Mexico;

Gregory Corso’s jeal-ousy of the other writers’ fame and his heckling at readings. (I have my own memory of being flashed by Corso, trench coat and all, in the hallway on my way to class one afternoon.)

Woven into the mix is Buddhism, the odd scandals and excesses of Chogyam Trungpa Rinpoche, the founder of Naropa, whom all the poets there followed and who had a fondness for sex, drugs and rock ‘n’ roll.

When I Was Cool is curious in that it’s all the mess and recklessness of the poets’ lives that make it so readable, yet the narrator, by necessity, takes on the role of the responsible one, the one who stays home from protesting the nuclear power plant because it’s Parents Day at school and someone has to explain to the children that their parents are in the local jail. He remains an innocent, in many ways, in the eye of this hurricane of egos and talent and free love.

Ultimately, there is this respect and affection between Kashner and his mentors that saves them all, so that when it is time for him to “go out, dig the river, the people, and smell the world,” we know that on many levels, he did indeed become a part of that photo he so wanted to join.