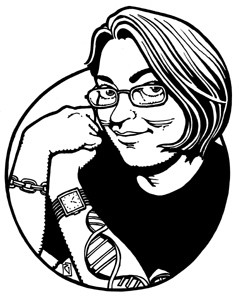 No Roads For You

On dismantling free WiFi and other serious deliriums

Back in the wacky Clinton days, politicians used to call the Internet the “information superhighway.” Obviously the idea was to deploy a metaphor that would explain to suburbanites–who, after all, spent a great deal of time idling in traffic on highways–the purpose of a global computer network whose true nature seemed impossible to understand. But as we plunge more deeply into the 21st century, we don’t need to limp along on lame analogies anymore. These days, the Internet is just the Internet.

As stupid as the superhighway metaphor was, one thing about it was spot-on. Like good roads, the Internet is now crucial to public life. Roads give people access to cities and jobs; the Internet allows people to work together and communicate over vast distances. Over the past century, most countries came to treat roads as a public good, paid for by the government, because giving citizens access to easy transportation built the wealth of the state. Even in countries like the United States, where healthcare is still barbarically privatized, the roads are free to all.

Not so with the Internet. In fact, even when people try to make the Internet more accessible to all, they’re stymied by freaky antilogic among politicians. Late in May, a member of Congress from Texas named Pete Sessions proposed a bill called the Preserving Innovation in Telecom Act, which would prevent municipal governments from offering people free or low-cost Internet service. Why would an elected official want to bar cities from giving their residents quick and easy access to the Internet?

That’s easy: Sessions used to work for SBC, a telecom company that could lose a little business if cities started setting up local WiFi networks or Internet kiosks. I guess his old buddies in the network biz are more valuable to him than his constituents. It’s sort of like a former contractor trying to ban government-sponsored road building in cities because asphalt companies might lose out. In the end, nobody can drive to work anymore.

But of course Sessions thinks industry will flourish if the roads are gone. And his harebrained scheme for destroying free WiFi in cities is just one indication of a more basic misunderstanding that U.S. politicians seem to have about technical innovation and progress. At least, that’s the only explanation I can see for things like software patents, a controversial form of patenting that began in the United States during the early 1980s. Because the laws about patenting software are vague, there have been a buttload of stupid software patents granted to things like “online test taking,” “streaming media” and “the online shopping cart.”

When somebody has to pay a licensing fee to post a quiz or home movie on their website, things are starting to get downright ridiculous. First I’m told that my city can’t give me free wireless Internet in the park, and now I’m told I can’t post a movie of my latest lecture without paying a licensing fee to Acacia Research Corp., which owns the patent on streaming media? It’s as if the government wants to make it hard for its citizens to communicate and get work done.

In fact, it’s really as if the U.S. government wants to make it hard for everyone around the globe to get his or her work done. We’re exporting our stupid ideas across the Atlantic. The European Union is now considering adopting software patents, in a kind of international “keep up with the Joneses” move. Europeans claim their patent officers aren’t as poorly trained as U.S. ones, and therefore would never be silly enough to consider something as basic as streaming media to be a nonobvious and novel invention. But there is nothing in the definition of software patents to stop them. Relying on patent officers to be “smart” is sort of like relying on Google execs to not be “evil.” The sentiment is nice, but without laws and regulations to back it up, I’m not feeling the reassurance.

For technology to evolve and enrich our civilizations, we need easy access to basic tools. When corporate interests push governments into cutting people off from the Internet, or forcing them to pay expensive licensing fees before they can use simple gadgets, they slow progress. It’s like patenting roads and forcing people to pay licensing fees to pour concrete into their driveways.