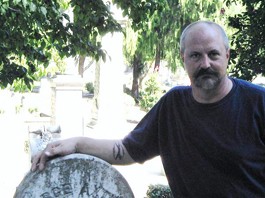 'California Justice' looks at the seamy underside of the Golden State

Born in 1858 on a Santa Rosa cattle ranch, Al Chamberlain just couldn’t find his way into the 20th century, even when it found its way into him. He kept his horses on Sonoma Avenue where the courthouse now stands until the city cited him for unsanitary maintenance and did the ol’ eminent domain grab on his land. Bereft of four legs, Al tried to use four wheels but never really got the hang of driving, one day knocking down a female pedestrian when he bumped over a curb and onto a sidewalk. She was unharmed and, according to Sacramento historian David Kulczyk’s 2007 book California Justice: Shootouts, Lynchings and Assassinations in the Golden State (Quill Driver; $15.95), “laughed” the incident off, but Santa Rosa police chief Charlie O’Neal saw to it that Chamberlain made jail time for the infraction.

Sentenced to 30 days and $100, Chamberlain handed out business cards after his release proclaiming himself to be a jailbird and an outlaw. Financially ruined, publicly mocked, a joke even to himself, Chamberlain decided to die like an Old West renegade and, on July 15, 1935, loaded up two revolvers and walked through Santa Rosa’s bustling downtown. He started by putting eight shots into the harmless body of the man who had bought his ranch. Then he set out for O’Neal, shooting him three times. Next up, the sheriff. But Sheriff Harry Patteson was too wily for Chamberlain and outsmarted the old cowboy. The day ended with Chamberlain being remaindered to San Quentin by Patteson. The landowner survived his eight shots; chief O’Neal died two days later of his three.

Speaking to the Sacramento News and Review in 2007, Kulczyk said that this story most resonates with him from the many gathered in his compilation of California’s seedy underside. “He was an honorable man,” Kulczyk said of Chamberlain. “A man who knew nature, who could live out on his own. He was a cowboy. He was the last of his kind, and the technology around him changed so rapidly that his skills and his knowledge meant nothing anymore. . . . I’m like the old cowboy.”

Kulczyk, who describes himself as a college drop-out, former bike messenger, ex&–music critic and washed-up goth musician who has more tattoos than any historian dead or alive, appears at Copperfield’s Books to read from and discuss many of the other North Bay&–related tales of woe captured in California Justice on Saturday, Dec. 20, at 1:30pm. 140 Kentucky St., Petaluma. Free. 707.762.0563.