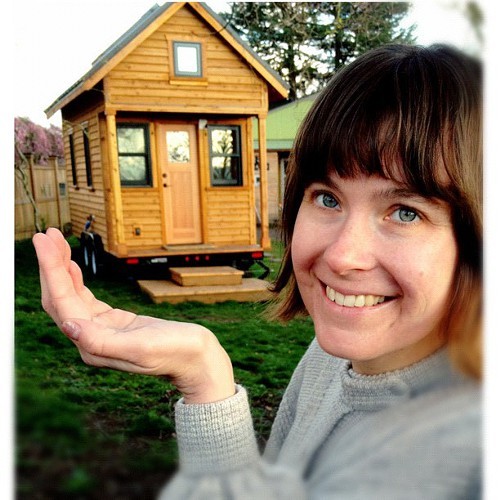 A couple years back I got into reading about the movement towards living with more simplicity and minimalism. I checked out books at the library with titles like Voluntary Simplicity by Duane Elgin and read the many blogs that began to leap on the minimalist bandwagon. I never ended up narrowing down my things to what only fits into a backpack, but I did learn to actually interrogate my buying habits and to think long and hard before I buy things, asking myself, “Do I really need this right now?”

I’ve lost interest in pretty much all of the minimalist bloggers and writers since that time, except for one— Tammy Strobel, the blogger behind Rowdy Kittens, a site that espouses simple living and ways to find happiness outside of consumer culture. After being featured a 2010 New York Times article, Strobel’s blog took off, garnering her a book deal in the process. 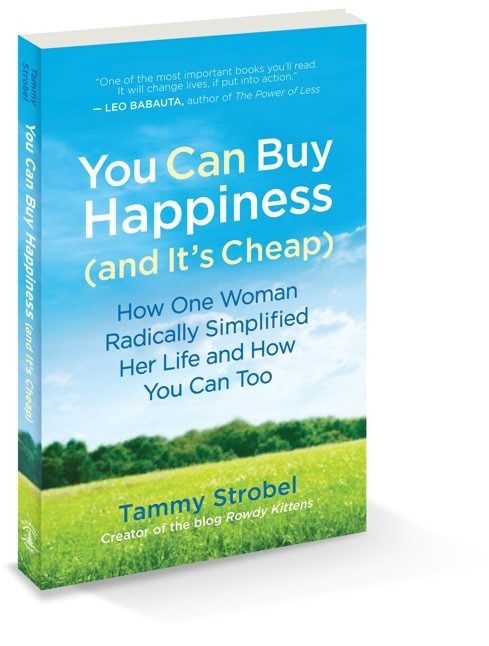 Strobel, who recently moved to Yreka from Portland, Oregon, has a new book out on Sep. 18. It has the ultra-long title of You Can Buy Happiness (and It’s Cheap): How One Woman Radically Simplified Her Life and How You Can Too and was published by Novato-based New World Library. A quick look at the chapter titles gives a good idea of what the book covers: Changing Your Relationship with Stuff, The Power of Debt, Sell What You Can. Give the Rest Away, Time is the Only Real Wealth. . . It’s a compendium of the ideas of writings that have formed the core of the Rowdy Kittens philosophy and approach for the past four years.

What I like best about Strobel’s writing is her willingness to discuss how she’s struggled towards minimalism. She doesn’t make it seem easy, but she does make it seem like a worthy challenge. Since beginning the blog, Strobel and her husband have moved out of their Portland apartment and into a tiny house, similar to those created over at Tumbleweed, and it’s fun to check out the many photos of the house and life in general, taken by Strobel. I also admire her dedication to coffee, books, writing and enjoying the small things in life. She has a friendly, engaging writing voice that never comes across as superior, unlike some of the other minimalist bloggers out there. After reading the book, I was re-inspired to work on paying of my student debt and cut away the things that just don’t matter when you really think about it.

Strobel embarks on a book tour this month and the first stop happens to be at Copperfield’s in Sebastopol. Be sure to ask her about living without a car and what it’s like to actually make a living as a blogger. Also, how essential is coffee to her creative process? Tammy Strobel appears on Tuesday, Sep. 18 at Copperfield’s Books. 138 North Main Street, Sebastopol. 7pm. 707.823.2618.