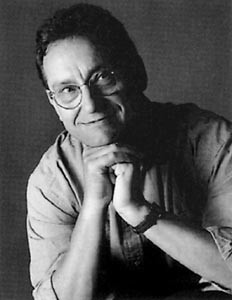 Tip of the Iceberg: Bernhard Schlink is perplexed by our disregard for each other.

David Templeton takes interesting people to interesting movies in his ongoing quest for the ultimate post-film conversation. This time out, he dives into a discussion of the epic film Titanic with award-winning German author Bernhard Schlink.

THE CAR RUMBLES past a row of toll booths and up onto the Golden Gate Bridge, speeding out over the waters of the bay. Far below are the harsh waves and dangerous current, under which lies an ancient graveyard. The broken fragments of countless shipwrecks–unlucky schooners and sailing ships that came to California during the gold rush and throughout the 1800s–they now rest where they fell, all that remains of their drowned passengers’ hopes and dreams.

I think of this, but do not mention it, as my passenger, author and University of Berlin law professor Bernhard Schlink, discusses a far more famous shipwreck, the R.M.S. Titanic, the subject of the much-hyped and ultimately quite powerful new film by director James Cameron. Titanic stars Leonardo DiCaprio and Kate Winslett as star-crossed lovers–he is poor and she is not–who are fated to find love just as the world’s best-known maritime disaster is about to take place.

For all the painstaking detail that the filmmakers have put into re-creating the ship and her skirmish with the iceberg that sent her to the bottom of the ocean, the film’s most powerful scenes come after the ship of dreams has disappeared, as terrified survivors in half-empty lifeboats listen–apparently too traumatized to lend a hand–to the screams of the victims still struggling in the freezing waters.

“I wonder how much finger-pointing there was,” muses Schlink, a tall, soft-spoken man with a gentle, insistently probing demeanor, “after the Titanic was gone and the few survivors returned home, beyond the obvious responsibilities of the ship’s owners themselves–not enough lifeboats and everything. I wonder how many of the survivors were pressured by people saying, ‘Why didn’t you try to save others? Why didn’t you do more?'”

Such questions have been Bernhard Schlink’s lifelong obsession and are the very heart of his stunning book The Reader (Pantheon; $21).

Just translated from the original German, The Reader is the tale of a haunted man whose memories of an intense love affair with an older woman–when he was 15 years old, growing up in the ’50s among Germany’s first postwar generation–are changed forever when the woman vanishes, only to reappear as the defendant in a war crimes trial. Her confession to having been a guard at Auschwitz and to having stood by as two dozen women in her charge burned to death in an accidental fire sets off a volley of excuses and denials from the other guards, the nearby villagers who did little to help, and the narrator himself, who feels complicit in the crimes for merely having loved the perpetrator.

“I think the class issue is interesting,” Schlink asserts of Titanic. “We saw how the first-class passengers of that time were thought to be more worth saving than the immigrants going to America, who were in third class.”

“I’ve never been on a cruise,” Schlink laughs, “but I assume things are different now.”

At the very least there are certainly enough lifeboats to accommodate every passenger, a precaution that was not taken on the presumably unsinkable Titanic.

“Something else interesting happened because of that as well, didn’t it?” Schlink asks, so softly he could be talking to himself. “At that time everyone believed in ‘women and children first.’ But obviously there were women and children left on the Titanic while some men went off in the lifeboats.”

That would include J. Bruce Ismay, managing director of the White Star Line that owned the ship.

“I would like to know,” Schlink says thoughtfully, “whether people ever fully again respected a man, Ismay perhaps, who had been on the Titanic and survived it. I think society must have seen those men as having violated a principle that they all cherished.”

He lapses into silence.

“We have stories from the concentration camps,” he finally says, “that some people would rather help others die than save themselves. That they would rather go with those that had to die, into the gas chamber, than try to survive. Just to help, to comfort those who’d been chosen. Anne Frank’s mother did that. And many, many others.

“What is so interesting about the Titanic,” he continues, “is that it took the people in the lifeboats so long to go back for any survivors in the water, and then only one boat went back at all. Only one!

“That’s always something that I often think about, thinking of the people of the Third Reich. That it would have been so easy to do something, to change things, and yet so many people didn’t. In fact, they would shrink away from helping, often for very minor reasons. The people in the lifeboats would have risked very little in going back.

“And yet they didn’t. They floated in the dark, listening to the screams, just as people in my country stood by and let millions of people be sent to their death. Doing nothing. Saying nothing.”

After another pause he adds, “I will never completely understand it.”