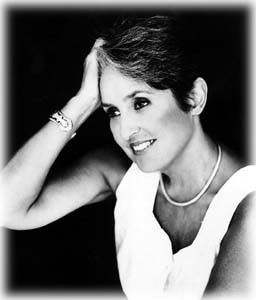 How Sweet the Sound: Folksinger Joan Baez is on the road to paradise.

Joan Baez on the power of music

Writer David Templeton takes interesting people to interesting movies in his ongoing quest for the ultimate post-film conversation. This time out, he sees the hard-hitting POW drama Paradise Road, along with the legendary folksinger Joan Baez.

I AM SINGING “Amazing Grace” with Joan Baez. We’re seated at a back table of an almost-empty coffeehouse, sharing a plate of poppyseed cake, and I’m doing most of the singing. (Baez joins in, I suspect, mainly to cover the sound of my voice.) Other patrons are either staring or pretending not to notice, and we are singing the well-known hymn to the tune of the “Happy Wanderer.” Baez, it turns out, never knew you could do that.

“If you’d have tried to sing it that way to me 10 years ago,” she laughs, “I’d have shot you.” I understand. “Amazing Grace” is as almost as much of a Joan Baez theme song as “Diamonds and Rust.”

“You can also sing it to the tune of the theme song from Gilligan’s Island,” I mention, at which we both sing, “Amazing Grace, how sweet the sound, that saved a wretch like me,” to Gilligan’s bouncy melody. “You can sing it to almost anything,” I point out, as she tests the lyrics on the melody of “Jingle Bells.” Another perfect fit. More laughter. And to think this began as a serious conversation.

We’d been discussing the film Paradise Road, a powerful drama based on the true accounts of female POWs in World War II who formed a vocal orchestra to keep their spirits alive while captives of the Japanese on the island of Sumatra. The cast (including Glenn Close, Frances McDormand, and Julianna Margulies) is uniformly excellent, the story avoids maudlin sentimentality, and the music–re-created from the actual scores written down by the captives–is magnificent.

Remarkably, we almost saw another film–The Saint (Joan’s choice)–until Paradise rolled along. “A friend of mine went and saw The Saint,” Baez informed me, with a what-can-I-do grin, as we met at the theater. “She understands how I feel about Val Kilmer. I think I’m still going to have to see it.”

Baez, who is just wrapping up a new album–as yet untitled, it will be released this September–has tried in recent years to shake some of the protest-queen image she’s been saddled with since the 1969 Woodstock festival, placing increased emphasis on her voice (she’s been working with a vocal coach for the last 15 years) and the music itself. The new album will feature several songs from new writers, as well as a few from rising folksinger Dar Williams.

Tonight’s film, in which music becomes a convincing symbol of strength and humanity (one Japanese soldier has a more difficult time seeing his prisoners as inhuman after he’s heard them sing), elicited repeated sighs and gasps from Baez, as she became caught in the music’s spell.

“It was incredibly powerful,” she agrees, liberating a forkful of cake from the plate. “As soon as you do something in the form of resistance–something that brings out the humanity in people–that’s when your own spirit grows, as opposed to, you know, wanting to get one of the Japanese and stick his head on a pole.”

There is a famous moment during Baez’s controversial, border-crossing tour of Vietnam during the height of the war, when Baez and her companions were forced into a bomb shelter for 11 days. Under a constant barrage of artillery, Baez found that only by singing was she able to stave off panic–her own and that of the shelter’s other occupants.

“Later,” she relates, “as we were getting ready to leave Hanoi, there was another raid, another bomb shelter. It was full of wounded Polish and Cuban military, all these languages, and I started sing, ‘Hush little baby, don’t say a word.’ I know they couldn’t have understood a word of it, but I could sense the mood shift. In that moment we were all unified.”

I tell Baez about singing nonsense songs with my daughters the night their mother died of cancer. She nods appreciatively. “It becomes almost a grace, to be able to sing at moments like that,” she says.

“What song or piece of music would have the most sustaining effect on you,” I ask, “if you were in a situation like the one in Paradise Road?”

“I would want to sing something that everybody could sing,” she replies after a moment’s thought. “The first thing that comes to mind, believe it or not, is ‘Kumbiya,’ which I don’t sing anymore–unless I’m in a place like Romania. Like with ‘We Shall Overcome.’ I won’t sing it in a country that isn’t involved in that kind of a battle, because then it’s just nostalgia.

“But if we were in that kind of situation, either of those songs would do just fine, because they would ring every bell in the conscious and unconscious bell-ringing chamber of people’s heads.”

It is now that I mention “Amazing Grace,” offering my demonstration of its versatile nature.