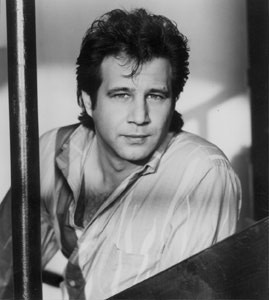 Kihn Ya Dig It? Greg Kihn testifies about “That Thing You Do” experience.

Greg Kihn recognizes the truth in Tom Hanks’ ‘That Thing You Do!’

IHAVE A CONFESSION,” announces my guest, Greg Kihn, as our waitress swings by to pour more coffee. “I was shaking the ketchup, and the lid flew off, and a big cascade of ketchup landed all over the booth–next door. But we already kinda cleaned it up.”

“That was sweet of you,” she says. “No one ever cleans up their own messes.”

The movie he’s just referred to is That Thing You Do!, written, directed, and starring Hanks. It’s the sweet, authentically presented tale of four guys in a rock-‘n’-roll band who enjoy one brief taste of fame during the summer of 1964. Hanks plays the cynical record company exec who guides them, and who understands that some bands are destined to have only one great moment.

Kihn, a rocker whose career has taken him through several such moments, has had Top 10 hits with a number of songs, including “The Breakup Song (They Don’t Write ‘Em Like That Anymore)” and “Jeopardy.” After a highway full of bumps and curves, Kihn’s own rocky road has led him to his current position as morning DJ on one of the Bay Area’s major radio stations (KFOX-FM 94.5). Much to Kihn’s delight, he has also published a novel, the deliriously weird Horror Show (Tor, 1996), a crafty send-up of of B-grade horror movies. Then there is his new album, also titled Horror Show (Clean Cuts), a mature, melodic departure, mostly acoustic, featuring some of Kihn’s best writing in years.

“You know that scene where the band hears their record and they all dance around the appliance shop?” Kihn says, recalling one of the film’s more infectious moments. “I’ve lived that one. My first record, the first time we were ever played on the radio was on KSAN.

“I was driving down Telegraph Avenue in Berkeley, listening to the radio, and suddenly there it was. It was just like in the movie. A magical moment in the life of any professional musician, the first time you hear yourself on the radio. It’s really a kick.

“For me, just recently, seeing my first novel in print was a lot like that,” he grins. “I went to the bookstore and saw it there, and I just flipped out! I ended up buying one, for karmic reasons. It felt pretty damned good.”

A bit later on, Kihn offers, “Rock ‘n’ roll is really a happy accident. You write a song and you play it one way, and it’s OK, but then you play it faster and–whoa!–you have a hit.

“Look at ‘Louie Louie,'” he laughs. “Those guys weren’t trying to create a phenomenon. They were covering a calypso song they didn’t know the words to, and it just happened to come out so garbled that people thought it was dirty lyrics, and one thing led to another, and all the frat guys bought it ’cause they thought it was talking about sex stuff. Next thing you know the FBI has a copy of what they claimed were the dirty lyrics, a conspiracy to subvert the youth of America. That’s rock ‘n’ roll.”

“The twists and turns of fame are a mysterious business,” he continues. “I had my first hit record, and it was almost like I’d been handed a script. ‘Here’s your script, kid!’ I look through it and go, ‘Oh look! We’re gonna be on Saturday Night Live! We’re gonna tour Europe. We’re gonna make tons of money. I’m gonna marry a blond model.’

“So here I am flipping ahead now. ‘Oh, geez. We get divorced. I go through a drug period. There’s a bankruptcy! Oh, my god, its horrible!’ But you keep reading and then, ‘Oh look, I start coming back. I get my wits about me, I write a novel, it gets published, I get a radio show. Wow! There’s a happy ending!’

“I look at these young bands starting out now and I wonder what kind of script they’re being handed. Do they have the same future that I did? Who knows? Why did I do all the shit I did? I guess it was in the script. Maybe my whole rock-‘n’-roll career was just fodder for my future career as a novelist.

“If I’ve learned anything,” Kihn adds, “I’ve learned that our lives are just random events that somehow connect. There are lines of destiny that cross in the oddest of ways. It’s unpredictable, but it’s kinda cool.”