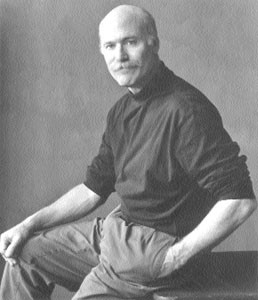 The appeal of the underdog

Writer David Templeton takes interesting people to interesting movies in his ongoing quest for the ultimate post-film conversation. This time out, he sees the charming new film Palookaville in the company of Tobias Wolff, the author of This Boy’s Life and many other works.

FRIDAY MORNING, the day before I am to meet with the award-winning author Tobias Wolff, I receive a call from the New York­based writer, confirming our “movie date” in San Francisco.

“Tell me again. What film is this?” he asks.

“It’s called ,” I respond, and begin to describe the storyline.

“Stop. Don’t tell me anything else,” he interrupts, kindly but firmly. “Just tell me if it’s supposed to be any good.” I reply that Palookaville–based on short stories by the late author Italo Calvino, a consummate master of the short-story form–has indeed received excellent word-of-mouth. “Good. Good,” he says. “That’s what I wanted to know.” And our conversation concludes.

The next day, as we exit the theater and stroll toward a nearby cafe, Wolff explains his aversion to knowing too much before seeing a movie.

“I like to be surprised,” he acknowledges. “If I’m in a theater and there is a preview for a film I’d like to see someday, I’ll leave until it’s over. As a writer, it’s very important to me that things come to my readers in a certain order, at a certain tempo. I am operating in the realm of that reader’s ignorance of what I’m doing.

“And I pay that compliment to moviemakers. I think that the best of them go to the same lengths to have their movies–the works of art that they make–reveal themselves, as the moviemaker believes they ought to.”

TOBIAS WOLFF, like Italo Calvino, has been called a master of the short story–by no less a master than the late short-fiction writer Raymond Carver. Though best known as the author of autobiographical works–the truthfully horrifying This Boy’s Life (Atlantic, 1989; made into an excellent film in 1993) and the Vietnam-based In Pharaoh’s Army (Knopf, 1994)–it is with his short stories that Wolff first came to prominence. His newest collection, The Night in Question (Knopf, 1996), offers 15 absorbing, often humorous tales of ordinary people who find themselves in extraordinarily tight spots. In compassionate and straightforward language, Wolff deftly examines the weird, tiny turning points on which our destinies spin.

Similarly, Palookaville is the tale of three ordinary urban underdogs, out of work and on the skids. Desperate for a break, they hatch endless schemes while flailing their way through various familial and romantic relationships. It is charming, eccentric, and very funny.

“I liked it a lot. It had a very pleasing touch,” Wolff says, tossing a trio of almonds into his mouth as our lattes arrive. “It was cartoonish, of course. The title tells you that it’s going to be. At the same time, it’s all very genuine. You felt these people all living on the edge. You looked around this place that they live in, and you understood why. There’s nothing there! There’s no work. It’s a horribly devolved culture, because of the economic hopelessness these people live in. The illegalities to which they turn are not all that funny, but it’s inevitable for a certain number of people.”

After a brief tangential discussion of underdog cinema–films such as Pulp Fiction, Fargo, even Rocky–I confess to my guest that I hold an enduring fondness for underdogs.

“We all do,” he laughs. “We identify with underdogs. I think it’s probably the case that even overdogs think of themselves as underdogs.

“We need to believe that no matter what circumstances are arrayed against us, we can overcome them,” Wolff adds. “That, by grit and will and the power of our resolve, we can overcome whatever hand is dealt to us. I think that is a notion that is very dear to us as Americans, because we are turning this country, very steadily, into a tremendously large collection of underdogs. And as we do this, we embrace more and more the mythology that it is only the underdogs’ fault that they are underdogs.

“It buys into our desire to have comforting myths about how all this works and what our responsibilities are. Our ‘responsibility’ now is merely to encourage them to take responsibility for themselves. As our brothers and sisters,” he adds wryly.

And what about Palookaville? Are there moral truths here that add anything to the underdog myth?

“Oh, I think its message is simple,” he nods. “What it’s saying, basically, is that poverty and hopelessness beget cynicism and crime–but do not make it inevitable. That such circumstances create a fertile ground for it, but that there is a human will that can refuse it–even when pushed to the wall.”