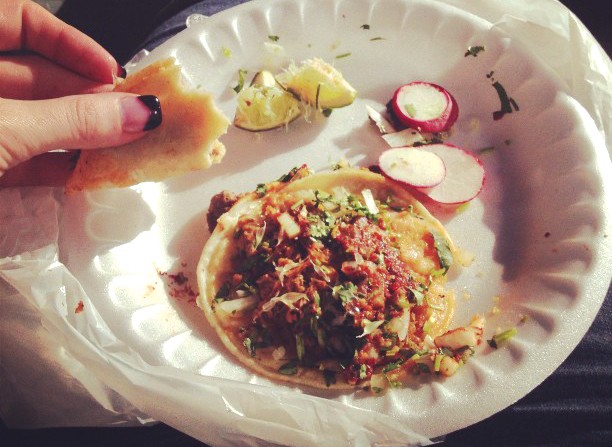 Looking for a place to get a good taco in Rohnert Park? Pretty soon, the correct answer will include the word “casino.” After Federated Indians of Graton Rancheria chairman Greg Sarris championed the Roseland taqueria La Fondita, the other decision makers in the tribe were apparently impressed by the rich, authentic taste of the food, which began as a taco truck in 1996.

And how could they not be? Even without the word “delicious” printed in Spanish right on the side of the orange “Elenita” food truck adjacent to the brick-and-mortar restaurant on Sebastopol Road, it’s tough to argue that the food is anything but. Serving tamales, tacos, tortas, elotes and other Mexican specialties in a neighborhood that knows this kind of stuff, Delicias Elenita is the best taco truck in Sonoma County, and my editor says he doesn’t want to hear a peep out of anyone who disagrees. (It’s true.—Ed.)

The Reyes’ family’s new restaurant will be in the same food court with upscale restaurants by Martin Yan (who will be opening M.Y. China) and Cyrus’ Douglas Keane (opening a highfalutin chicken shack), as well as mid-priced options like Boathouse Sushi and an ice cream shop featuring Three Twins. You can’t win ’em all, though—there’s also gonna be a Starbucks.