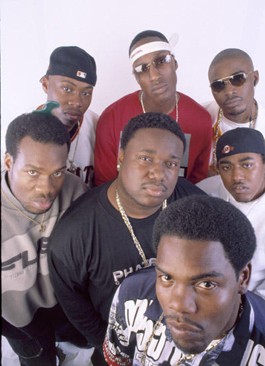 In 2005, I asked Super Hyphy promoter Daniel Gelotte a question that, at the time, was on everyone’s mind: What, exactly, is hyphy? His tip-of-the-iceberg answer was indicative of the wide-openness of the new phrase, the new genre, the new lifestyle. “Hyphy is driving your car backwards, running from the cops, being out of control, whatever,” he riffed. “Some guy getting beat up by his girlfriend, you could say that’s hyphy–really, hyphy is anything you want it to be.”

Now, as he and DJ Amen’s successful and culturally defining Super Hyphy concert series comes to a climactic end next weekend, he’s got a different answer: Hyphy is over.

“Hyphy’s kinda dyin’,” he says. “Everybody’s making it, and a lot of people are making it poorly, and I think that’s really watering it down.”

Indeed, slowly diminishing ticket sales for the last few Super Hyphy shows have been an indicator of waning interest in ghostridin’, thizz-facin’ and bird-dancin’. Not one to go out with a whimper, Gelotte’s booked a farewell bash on Sept. 29 with the return of E-40, the legend who has single-handedly defined hyphy for the rest of the nation.

“We gotta pay him a few thousand more dollars now,” Gelotte shrugs, “but you know, he’s E-40. He’s the biggest artist in the Bay Area, without a doubt.” Is hyphy dead? The question almost seems silly to ask. Bay Area rap overall thrived for decades before the hyphy craze, and there’s no reason at all to suspect that it will die anytime soon just because a high-profile phenomenon has run its course.

Most importantly, if hyphy is indeed dead, then it means that the hip-hop scene will be forced into new creativity, daring and innovation–three keys that the late Mac Dre embraced in his time on Earth that directly spurred the Bay Area’s rap scene to new heights.

The very first Super Hyphy show in August 2005 was a palpably mind-blowing display of anthropologic mayhem. A wall-to-wall crowd jammed Petaluma’s Phoenix Theater, chanting along to choruses by Keak Da Sneak, Mac Mall and Mistah F.A.B. with an energy usually reserved for national touring acts. At one point, jacked on adrenaline, someone grabbed the mic to joke that Jay-Z was in the building; for all the unbridled, hormone-driven excitement in the room, hell, he may as well have been.

Never before had Bay Area rap been so celebrated by its own in the North Bay. There’d been one-off shows before, like the notorious Mac Dre appearance at the Phoenix Theater in 2001. (He showed up an hour late and delivered an uninspired set, rapping along to his own CD and causing a certain broom-wielder outside to remark in embarrassment that “this is the worst thing I’ve ever had on the stage.”) But Super Hyphy, with its unified energy, was clearly a thrust not for any single rapper but for the entire Bay Area.

In the ensuing months, the inaugural Super Hyphy North of the Gate turned into Super Hyphy Reloaded, then Super Hyphy Halloween and Super Hyphy Holiday–all of them packed. By the time E-40, the aptly christened Ambassador of the Bay, headlined Super Hyphy 5, all hell was due to break loose. E-40’s “Tell Me When to Go” had just hit the airwaves with tremors that would soon shake the world.

Flanked by groupies, fans and aspiring rappers, I watched E-40’s SUV pull into the backstage parking lot before his set, all of us crowding for a glimpse through tinted windows at its heavyweight passenger. One fan, a young girl, explained in no uncertain terms what she would do to be let into the car; another, a skinny kid, begged for a verse to bolster his upcoming album. Both were brushed away by security, left to stand outside a theater so overly sold-out that its doors were blocked by police.

“Sprinkle Me,” “Sidewayz,” “Captain Save a Hoe”—all the old classics–paled next to “Tell Me When to Go.” At the deep bass-drum intro, a flood of fans blitzed the stage on cue, going apeshit and mimicking all the video’s moves: the gas-brake-dip, the shaking dreads, the thizz face. The show was over, but a movement had officially begun, and for better or worse, it was dubbed hyphy.

In the next few months, media outlets coast to coast became obsessed with Bay Area rap, running columns about the dangers of ghostriding the whip, tips on the flyest stunna shades and offering tortuous translations of hyphy slang. Sales of all things relating to hyphy’s crown prince, Mac Dre, skyrocketed into the stratosphere (you’ve never lived until you’ve seen a flossed-out, iced-up baller drop $25 on a Mac Dre toy doll). Suddenly, everyone and their mother was in on the secret.

To accommodate the clustering crowds, Super Hyphy 6 moved to the Sonoma County Fairgrounds and its larger 1,200-person capacity venue to feature legendary Oakland pimp-stylist Too $hort. A cop car pulled up backstage, a bad sign for a rap show. Turns out the cop just wanted to get Too $hort’s autograph.

Hoping to get a taste for the future of hyphy, I showed up early at Super Hyphy 9 to check out the opening acts. Would they bring anything original to the plate? Each act got three or four songs–boom, boom, on, off–and I winced as each one played out variations on the same hyphy trademarks and phrases utilized by the tried-and-true Super Hyphy headliners.

(Or burn, perhaps, in the courtroom. Mistah F.A.B.’s video for “Ghost Ride It,” which lifted trademarks from the song and movie Ghostbusters, received a cease-and-desist for copyright infringement, and his Atlantic Records deal for hyphy’s great hope, Da Yellow Bus Rydah–an all-star album originally due out last year–seems all but dead in the water. Likewise, the Federation’s radio hit “Stunna Glasses at Night” was shut down for uncleared samples.)Here and there, new styles still arrived, from performers both new and old. A young high school group, the Pack, delivered a sparse, high-hat-driven hit (“Vans”) which sounded fresh and unlike anything else, while Ray Luv, deep in the game for almost 20 years, surprised a Super Hyphy crowd by showing up with a live heavy metal band and freestyling over a crunch-guitar version of Mac Dre’s “Thizzle Dance.”

Even at Super Hyphy 13, in November 2006, audiences were still wild, to say the least. While Keak Da Sneak polished off a night at the fairgrounds, a twenty-something couple to the side of the stage gyrated and grinded on each other, stripping off almost all their clothes and drawing a rabid crowd of video cameras and cell-phone snapshots. Before security came and the dust settled, she’d gotten down to nothing but a tiny thong, her legs wrapped around his hips, body arched backward in a naked rhythmic dry hump.

Despite such abandon, something strange happened in the last six months: the public suddenly became discriminating. In the beginning, people had bought tickets for Super Hyphy without any idea who was appearing; it was always an event. But as months wore on and repeat headliners failed to draw interest, attendance for Super Hyphy spiraled–last month’s Super Hyphy 19 drew less than half the ticket-buyers of its heyday.

So where are we now? Unfortunately, the phrase “hyphy” carries a paltry percentage of the impact it once proudly brandished. But the artists who created and nurtured it, many of them active and innovative before the word came into being, are still dropping rhymes over beats. As long as they can remain undaunted by the biters, players and copycats who have driven hyphy into the dirt, they’re perfectly capable of rising from its ashes to create a new future for Bay Area hip-hop.

As the rollercoaster that has been Super Hyphy grinds to a halt next weekend, it’s imperative to look among the celebration, among the commemoration, among the covert blunts and indiscreet dry-humping, toward some sort of vision for that future. It’ll be called something different, sure; but the thrust of energy that propelled that very first Super Hyphy two years ago remains. And the party anthems, the street raps, the crazy flows and the choice beats will be tight as ever.Shit, man, we’re the Bay. It’s how we always do.