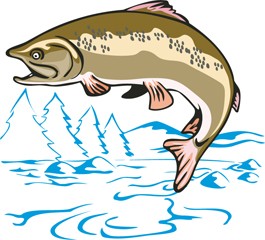 The axe has officially fallen on commercial salmon fishing this year, following a dismal Chinook salmon run in Central Valley rivers last fall. Worse, no one even knows what’s caused the drop-off. This is the first time in history that the Pacific Fishery Management Council (PFMC), which advises federal policy makers, has ever closed down the entire West Coast of the United States to salmon fishing for a whole year.

The decision came after federal and state fishery managers detected only 63,900 Chinook (also called king) salmon swimming upriver to return to their spawning habitats in the Sacramento and San Joaquin rivers, where they lay their eggs and die after several years at sea. That’s about one-third of an average year.

The sudden drop in numbers—some call it a collapse—resulted in a crisis-tinged meeting of the PFMC March 10-&–14, when the council drew up three options for U.S. Department of Commerce officials to consider. One option banned all West Coast salmon fishing, without exception. The second allowed only the taking of salmon for scientific purposes. The third allowed limited commercial and recreational fishing (with seasons lasting two to six weeks, depending on the region). At presstime, only river fishing has not yet been suspended.

The sudden decline of Chinook came as a huge shock. Hundreds of miles north, on the Oregon border, Klamath River populations saw plummeting numbers in the 2005 and 2006 seasons. But the Central Valley fall run was widely considered a reliable anchor in an otherwise threatened network of salmon spawning habitats throughout California. Last year, it numbered a robust 277,224 fish.

There are so many natural and man-made dangers facing an individual salmon—starting from its birth in a Central Valley river tributary through its migration to the Pacific Ocean and its journey back to that same tributary to lay eggs and die three to five years later—that it’s almost impossible for scientists to keep up with them all, says UC Davis Department of Fisheries biology chair Peter Moyle.

Steven Lindley, chair of the Fisheries Ecology Division at the federal government’s Southwest Fisheries Science Center in Santa Cruz, studies the freshwater part. The two main rivers the Central Valley Chinook call home are the Sacramento and the San Joaquin. In 2007, Lindley took his magnifying glass to the hundreds of dams lining these two rivers. While he focused most of his research efforts on the spring-run Chinook, a population that has been affected more by damming than the fall runs, his research uncovered some problematic trends for both groups.

Fall-run salmon mostly spawn below the dams on these rivers, so they aren’t blocked when swimming upriver from the ocean to their spawning grounds. But the tweaking of the river’s flow to generate power or provide cities with water during a drought introduces a great deal of uncertainty into the salmon habitat.

“The fish have evolved to the conditions that were natural for thousands of years. When those conditions change, that will generally be detrimental to them,” Lindley says. “If you have a dam taking water for hydropower development, the river will rise and fall. Fish will lay their eggs in relatively shallow areas when the flow is high, and then [dam managers] drop the flow down and the eggs are stranded and exposed to the air.”

If the salmon eggs survive this threat and hatch, then they must begin the long journey through the Sacramento-Bay Delta to the Pacific Ocean. Swimming downriver and then through the Delta, the salmon face yet another human-manufactured threat. Thousands of water pumps line the rivers and Delta, sucking water toward thirsty cities and the lucrative croplands that supply nearly half the nation with fresh produce.

In 2005, the year most fall-run salmon returning this year would have been negotiating this pump-infested water network, a record 6.3 million acre-feet of water was diverted from the Delta alone. To get a sense of the sucking power some of these pumps employ, consider that the Tracy pumping plant utilizes 135,000 units of horsepower during peak operation.

Moyle and others theorize this huge sucking power doesn’t just kill the Chinook; it also radically disorients them.

“It makes it much harder for the salmon to find their way through the system. They’re much more likely to be dragged into areas that are less favorable due to poor water quality, or they just get lost.”

Once the salmon find their way to the Pacific Ocean around September, they’re usually greeted by a lavish buffet. Their favorite food—small fish and krill—mill about in the near-shore marine environment, hunting the plankton that have materialized thanks to nutrients provided by coastal upwelling. The upwelling is caused by cold air blowing in from the Arctic North meeting warm air off the West Coast, which causes cold, nutrient-rich water from the deep ocean to mix in with warmer surface water.

This upwelling is the foundation of the food web, but in 2005 there was a problem in the ocean’s kitchen.

Bill Peterson, a research scientist with the National Oceanic and Atmospheric Administration (NOAA), has set out on his trusty research boat off the coast of Newport, Ore., every two weeks for the past 13 years. Skimming along the coast, he collects data on temperature, salinity, plankton and krill. Then he goes back to shore and plugs it into a huge database that compares the conditions to the measurements of previous years.

Peterson reports that 2005 was one of the worst years in his decade-plus history of monitoring ocean conditions. On a scale that rates the likelihood of salmon survival in the ocean from one to 10, with 10 being the worst, 2005 rated a nine.

“You get upwelling starting really early, and that kicks the food chain into gear—food gets produced and nutrients make their way up the food chain,” Peterson explains. “That didn’t happen until July, so all the things that spawned or laid eggs in the springtime found nothing to eat in the ocean. It happened to the seabirds, the salmon, rockfish and a whole list of other marine organisms.”

Swimming on empty stomachs, the salmon may then have encountered some unwelcome company. Since 2001, a highly adaptable predator has been extending its reach at a terrific pace. The Humboldt squid has made a mad dash from its original balmy home near the equator all the way to the chilly tip of Alaska in a seven-year-long marine invasion that is baffling scientists and being touted as evidence of accelerating climate change.

William Gilly has been investigating these slimy beasts for the past five years as part of a quarter-century of squid research at Stanford’s Hopkins Marine Station in Pacific Grove. Gilly has been in frequent communication with NOAA researcher John Fields, who has conducted dissections of the squid stomach to see what they fancy for dinner. Gilly says Fields did not find any salmon bones in his dissections of the squid, but he doesn’t think that means the hungry invaders can be completely ruled out as a factor in the salmon’s demise.

“The timing of the salmon problems and the squid arrival is pretty coincidental,” says Gilly, who is quick to mention there is more unknown than known about the squid. “The squid may not be eating the salmon in the areas where they’re capturing the squid, or if the squid are eating the big salmon, they’re probably only eating the flesh.”

Yet these kinds of face-offs might not have to occur for the Humboldt squid to interrupt the marine ecology. “The squid is a new predator that didn’t exist five years ago, so they could be upsetting the balance,” Gilly says.

Overall, it seems fair to conclude that the salmon swimming downriver and out to the ocean in 2005 faced a very hostile world, both from natural and human-manufactured threats. All the factors haven’t even been added up yet—the PFMC has a checklist of 46 they’ll be going through over the next year—but coming up with partial solutions to these problems is a high priority for Moyle and other like-minded researchers.

“There are a number of factors that come together to cause these declines,” says Moyle. “So the question for us [humans] is, ‘What are some things we actually have control over?'”