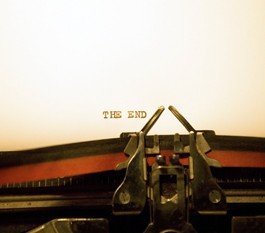 State of the Book

FIN? Oh, cheer up, the worst may not happen.

Irecently dug out some old copies of Hungry Mind Review, the book and culture magazine I started in the mid-’80s and edited for 15 years.

The magazine was published by Hungry Mind Bookstore, a wonderfully rich and eclectic independent in St. Paul, Minn. One of the mag’s goals was to be a link between independent bookstores around the country at a time when the chain bookstores were just beginning to flex their muscles, yet long before Amazon had become even a glint in Jeff Bezos’ eye.

The issue that really caught my attention was the 10th anniversary number, titled “The State of the Book” and published in the spring of 1996. The magazine was in pretty good health in those days with more than 40 percent of the large format pages consisting of publisher ads. On the inside back page, we printed a list of the 600-plus independent bookstores around the country where the magazine was available.

The editorial content was rich. Alongside an interview with John Updike, we ran essays by such luminaries as Isabel Allende, Dorothy Allison, Bill McKibben, Kathleen Norris, Luis Rodriguez, Kay Ryan, Jane Smiley and Sven Birkerts, whose 1994 book The Gutenberg Elegies: The Fate of Reading in a Digital Age prophesied the coming end of the book.

I contributed a windy and rather smug editor’s note, mocking the reactive response of publishers to the dawning of the digital age, as well as the then-new notion that content no longer consisted of text and image but interactivity. My conclusion suggested that the fate of the book was in the hands of readers. I mused about the vast numbers of Americans who can read but choose not to (a population that the National Endowment for the Arts targeted in a much publicized study a few years ago), and wondered if “the available distractions made it too difficult for longtime readers to keep at it.”

So where are we 13 years later? Glancing through the huge list of independent bookstores from that issue, I fear that more than two-thirds, along with Hungry Mind itself, have gone out of business. Most New York publishers are no longer independent companies run in the old-gentleman spirit of their founding, but are more likely the poor cousins of huge multinational entertainment corporations that demand greater returns than mere books can ever provide. It seems clear that the large number of jobs recently lost in publishing will never reappear, because the old-time publishing model is broken.

As newspapers across the country have shrunk their book review sections and begun themselves going out of business, publishers have pulled back their advertising, focusing almost entirely on their blockbusters. Since independent bookstores have become a memory in many parts of the country, and with reviews and advertising shrinking, the chance for readers to find out about new authors, and books unlikely to become bestsellers, has all but disappeared

And what about those readers? If the available distractions were a concern in 1996, they seem epidemic now. I mean, it was hard for me to drag myself away from Facebook long enough to write this little number, and before that I was busy Twittering about my status, which clearly did not involve reading anything beyond 140 characters.

As a novelist of the old school, the type who does not count characters or compose and publish on my cell phone, I’ve always been curious how a guy with a little imagination snags readers. Unfortunately, I’ve never figured it out. Last summer, when I asked my publisher how to get the word out about my new novel, given that it had no advertising budget, he had a simple answer. Start a blog. But there was more. “You’ve got to contribute actively to other people’s blogs,” he said. In other words, become my own full-time publicist. As someone with an unfailing instinct for the dead end, I started my next novel instead.

In the last 10 years, I’ve had four novels published by New York publishers. The first two, brought out by Viking, are out of print, available for 1 cent each on Amazon. My last two, published by a Random House imprint, are racing to get out of print. It strikes me as a truly amusing 21st-century wonder that my collected work will soon be readily available for 4 cents plus postage.