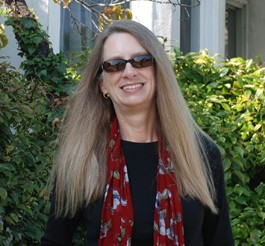 Years ago, when I first heard the art-world term “curator” applied to someone organizing literary events, I thought it sounded pretty darn pretentious. Writing, it seemed to me, was at heart an activity for common men and women. If inner-city neighborhoods didn’t need community curators, then neither did writers. If the academics didn’t completely destroy literature with their tortured theories, here came the curators to finish the job.

I’ve given up being such a purist boor and also have had the good fortune to attend numerous literary events and series that have been shaped by a singular vision.

Katherine Hastings, the driving force behind the Word Temple Poetry Series, isn’t stuck on a title; she just does exceptional work. In a relatively short time (the series is in its third year), Hastings has found a way of bringing national and local poets together with a large and devoted audience. Word Temple’s success has hit the radar of major poetry publishers around the country.

Last week I attended a blockbuster Word Temple reading, celebrating the new Collected Poems of Philip Whalen, edited by Guerneville poet Michael Rothenberg. A troupe of nine poets had been recruited to read. As much as I wanted to hear the Beat master’s poems read by a myriad of voices, I feared the evening would stretch into the wee hours, as mass readings often do. But no. After a compelling kick-off by “emerging poet” Phyllis Meshulam, the Whalenites wailed for no more than an hour, wonderfully showcasing the poet’s work. I sensed the curator’s disciplined hand behind this triumph.

Hastings also hosts the eclectic monthly Word Temple radio hour on public station KRCB 91.1-FM. Here, Hastings operates as an inspired poetry DJ, sampling everything from ancient recordings of Whitman in his own voice to a rare session of Allen Ginsberg with Bob Dylan.

It turns out that Hastings is a fine poet herself, with an MFA in creative writing from Vermont College. She says that the work she’s done with Word Temple has given her work a greater sense of freedom. Here’s her poem “Pórtico.”

This porch isn’t really a porch but a stoop
of old cement, a steady rope of ants between
step and riser making its way to a mystery
that just yesterday smelled like something rotting
and today has no smell at all. Twice I’ve told people
die and meant it. Grandma Torrez spent three
comatose days draped with clinging familia. Just go,
Abuela. They’ll live. She died that hour. Roses are lined up like laborers in the heat or hems
of Woolworth’s aprons. Some are wound tight in
jalapeño-green wraps, others unfold petal by petal
on their way to becoming nothing. Their scents
fuse in the breeze and arrive as one: Rosa. From
slavery and Mexico without a patch of ground to the
Hills Brothers factory, she found it possible then
to buy a house with a porch on Geneva Avenue.The mockingbird is trying to fool every dove, finch,
and warbler in the neighborhood. Do they fall for it?
She wasn’t really my grandmother but a brutal
lover’s. After I left she let me live behind a
curtain in her garage, taught me a little español,
cooked me menudo y tamales dulces. She was the
only grandmother I ever had. I told her to die.
¡Le dije morir! And it worked.