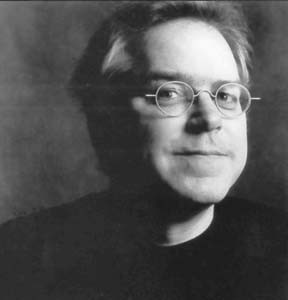 REGARDED as one of the top three contemporary jazz guitarists, Bill Frisell has been on an Americana kick of late. But unlike 1993’s widely acclaimed Have a Little Faith (Elektra), in which Frisell’s quintet dished up radically altered versions of compositions by American heavyweights Charles Ives, Aaron Copland, and Bob Dylan (to name a few), this solo outing is a subdued acoustic-oriented trip through a countrified landscape that finds Frisell on the artistic fringes of Nashville while applying guitars and a five-string banjo to originals and a handful of covers by Hank Williams, George Gershwin, and John McLaughlin. It doesn’t get any better than this. Greg Cahill

ONE OF LAST YEAR’S most exciting world music excursions was Shri Durga, a rich sampling of classical Indian ragas, bagra, mantras, and hip-hop beats fashioned by Algerian-born magic man DJ Cheb i Sabbah, a San Fran-cisco­based artist. He’s back with a remix CD that completely reinvents those tracks on a more pop-oriented vehicle that is well worth the ride. Saturated in the Asian fusion of the London underground, the CD features guest remixes by Transglobal Underground, the State of Bengal, and Bally Sagoo. If that whets your appetite, then the Asian Travels sampler is a feast in itself. Cheb contributes the contagious “Kese Kese,” but it is Transglobal’s remix of Fun Da Mental’s “Ja Sha Taan” that steals the show–an instant rave in a box. G.C.

PANTERA’S second album, 1992’s Vulgar Display of Power, is widely regarded as a heavy-metal classic. During the ’90s, Pantera proved to be one of the more popular practitioners of thrash, a dominant form of metal that sprang from the late ’80s and has outlasted grunge. Pantera has stood out from the pack with a bluesier bent, but Reinventing the Steel restates the thrash virtues of fierce thunder, righteousness, guts, and tortured glory without reinventing anything. Heavy rock has mutated wonderfully of late, and thrash-metal champions like Metallica, Megadeth, and Anthrax have grown. Pantera knows the past–the cut “Goddamn Electric” name-drops Black Sabbath and Slayer–but holds ground only in the present. Karl Byrn

TEN YEARS AFTER her return to her home, former exile Miriam Makeba pays tribute to her native South Africa on Homeland. While Makeba’s artistry is often overshadowed by her political conviction–she delivered an impassioned anti-apartheid speech before the United Nations General Assembly in 1963–this dynamic singer/songwriter (whose 1967 hit “Pata Pata” became the first African song to reach America’s Top 10) still can blow you away. Her pipes may not be what they once were, but Makeba’s soulfulness and empowering lyrics ring true on every track. G.C.

Various Artists As Long as You’re Living Yours: The Music of Keith Jarrett (BMG/RCA Victor)