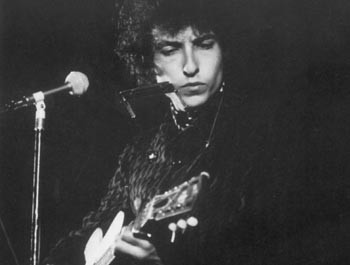 I GOTTA ADMIT, I never really got bitten by the Beck bug. Sure, the wry singer-songwriter has produced some of the most interesting pop music of the past decade–“Loser” was clever as all get out, winning mainstream attention for the Kansas-born punk/rock folkie who once described himself as “bursting on the scene like a pathetic, gold-plated sperm.”

Over the years, Beck has toyed with the do-it-yourself sensibility, goofed on the whole white-boy hip-hop attitude, and unleashed a host of CDs that blended rock, pop, punk, hip-hop, country, trance-pop–it all ended up in the eclectic Beck mix.

The result of that toss-it-against-the-wall-and-see-if-it-sticks approach: a handful of utterly infectious, hook-heavy numbers that include the 1997 MTV hit “The New Pollution.” But for the most part, you could never accuse Beck of being tuneful.

Mutations reveals that inside this rock-‘n’-roll jester is a Ray Davies just dying to get out. And by and large, Beck lets that inner child run free on an album that reportedly started out as something of a joke until Beck discovered that he’d produced some damn fine work that features reflective Kinks influences with an occasional splash of Syd Barrett thrown in for good measure. There are even some out-and-out blues (check out the self-effacing “Bottle of Blues”) and a New Orleans-style R&B arrangement that offset the obligatory and trendy Brazilian lounge-act stuff.

The bottom line is that Beck, at the ripe old age of 28, has produced his most cohesive-sounding CD to date–and you know that can’t be bad.

THIS NEWLY RELEASED two-CD set finally makes available (legitimately) one of the most important bootlegged historical documents in rock history–you know, the kind of stuff that rock critic Greil Marcus can wank on about ad nauseam. It’s important because this material captures an often combative Dylan performing in England shortly after his breakthrough electrified set at the Newport Folk Festival, at which his manager allegedly grappled backstage with axe-wielding folkie Pete Seeger, who was intent on cutting the power to Dylan’s electric guitar–you see, children, folk-music purists supposedly were greatly offended by that racket. Of course, all this–including the 1966 Royal Albert Hall show–is a big part of the Dylan myth. While they were landmark performances, Dylan already had made it clear he was launching headfirst into folk-rock. His in-your-face slam at Newport and later in jolly old England–where amidst the catcalls you can hear one audience member yell, “Judas!”–simply made it clear there was no looking back.

On disc 2 you get to hear Dylan, sounding sloshed and accompanied by members of the Band and soon-to-be Monkees drummer Mickey Jones, in all his ragged glory. It’s great stuff. But the real treat is disc 1, which offers stunning solo acoustic versions of “Visions of Joanna,” “Just Like a Woman,” “Desolation Row,” and other tunes, all sung in a pleasant low register reminiscent of his countrified vocals in Nashville Skyline.

It’s not that Dylan shouldn’t have forged ahead with his bold folk-rock vision, but the first disc makes you realize just why those folk purists felt so betrayed by this young pop god.