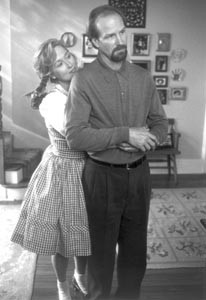 IN THE WINTER of 1994, author Chris Bohjalian learned that his mother, Annalee Bohjalian, was dying of lung cancer. He had just begun work on his fourth novel, Midwives, anticipating that he’d be writing a light, somewhat glib and ironic exploration of the wildly varied ways of birth in our current American culture. Annalee’s diagnosis, however, changed all that. During the harrowing weeks and months of his mother’s illness–during which Bohjalian traveled often from Lincoln, Vt., to his parents’ place in Ft. Lauderdale, Fla.–his novel began to shift in tone and substance. Considerably darker now, the story Bohjalian found himself telling–an experienced midwife is put on trial for manslaughter after performing an emergency C-section on a woman she believed to have died in labor–was far different from what he had first intended.

“Midwives have often said to me, ‘Why didn’t you write about a beautiful birth, instead of a birth that goes tragically wrong and a mother dies?'” Bohjalian says, shifting his chair a fraction closer to the table. “Sometimes I’ll say, ‘Well, it just happened to be a year of dead mothers.'”

He glances down at the table.

“What’s clear to me,” he says after a few silent seconds, “is that Midwives would have been a very different book if [my mother] hadn’t become sick and died that year that I was writing it. Which is why it’s dedicated to her.”

The restaurant, nearly deserted so late in the evening, seems to grow even quieter as Bohjalian softly speaks these words, as if the room itself–sensing that certain raw emotions have risen to the surface here–is paying its respects. Even the waiters have intuitively withdrawn, leaving us uninterrupted for nearly an hour. (No offense is taken at their absence; we are here to talk, after all).

What has stirred Chris Bohjalian’s emotions enough to share such intimate musings with a total stranger–we only met three hours ago, in a movie theater lobby–is the powerful new film One True Thing. It’s based on Anna Quindlen’s best-selling, memoirish novel about an ambitious journalist (Renee Zellwegger) who returns home to care for her cancer-stricken mother (Meryl Streep); her father (William Hurt), unable to accept that his wife is dying, becomes increasingly distant. Like Bohjalian’s Midwives–a book of remarkable beauty and frankness–Quindlen’s tale is invigorating in its emotional details. Both stories share a similar, aching spirit, shaped by their authors’ recollections of saying goodbye to the one who brought them into the world.

And in both cases–Quindlen’s and Bohjalian’s–the father’s denial played a part in how events unfolded.

“My father, on the one hand, was a great cancer coach,” Bohjalian admits. “He rose to tasks I had no idea he could accomplish. I never thought my father was capable of the kind of tenderness he showed. On the other hand, up until the bitter end, he was Knute Rockne. He was going to ‘Rah! Rah!’ right through everything. ‘You’re going to beat this. You can’t give up.’

“I think,” he speculates, “that if he’d been able to say to her, ‘It’s all right, you can give up now,’ she might have died at peace a lot sooner.”

“We tend to praise people for ‘not giving up,’ though, don’t we?” I ask. “People who live the longest with a terminal diagnosis are considered heroic.”

“There was a guy named Bob Wicket,” he replies, “who battled cancer for 18 years. I was around 12 years old when he was diagnosed and was 30 or 31 when he died. He’d been considered terminal several times during those 18 years; he just always kept going into remission. When he finally died, everyone was saying, ‘Bob was such a great guy. He fought death for 18 years!’ And I said, ‘If Bob had died in 1975, he still would have been a great guy.’

“What I dislike about it the most is that in praising someone for living a long time with some terminal condition, you end up saying that anyone who died six months after their diagnosis was a failure.

“Our family wasn’t much better,” he allows, quietly.

THE SILENCE creeps back in for a few moments. Neither of us speak, until Bohjalian says, “There’s a moment toward the end of Quindlen’s book, and in this film, when the mother says to her daughter, ‘I will not be shushed! I’m tired of everyone avoiding this.’

“Well, my mother and I had a very similar conversation. I was doing my own Knute Rockne: ‘You can still beat this, Mom.’ That kind of thing. And she suddenly said, ‘Stop it! I’m controlling this conversation. I’m putting on the table what we’re going to talk about, and I want to talk about this!’

“My mother was a very strong person,” he says, slowly, “and it was very strong medicine for me to hear. That I was so monumentally out of touch with what she was feeling, and that I had been so unwilling to let her say what she felt needed to be said. So that was the part in the movie that was hardest for me, because my family loves each other very, very much–but we were rotten with death. We just couldn’t deal with death well at all.”

As if sensing that the conversation is about to shift, the restaurant becomes suddenly more festive: people at the bar burst into laughter over some unheard joke; the piped-in music, recently silent, is turned on and up. It feels like time to go.

But Chris Bohjalian has one last thing to say.

“You know what I love?” he asks. “When mother died at 65, she’d amassed four and a half decades of costume jewelry. Loads of it. And Grace, my wonderfully funky daughter, loves that stuff–so she ended up with all of it after my mom died. For her third birthday party, she gave all her guests bags of plastic jewelry.

“So now,” he begins to grin, “when I drop Grace off at her after-school program, or when my wife and I are taking her and her friends somewhere, I’ll see all of these kids wearing some gaudy necklace that had been my mother’s.

“It’s kind of wonderful to see that,” he says, “to know that in this odd little, wonderful way–part of my mother lives on.”