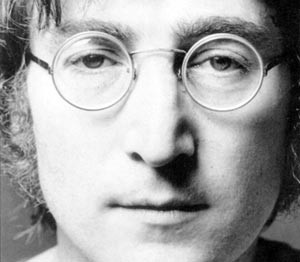 Past life: The four-CD John Lennon Anthology cuts close to the bone.

DURING a decade-long solo career, John Lennon distanced himself from his Beatles past and left behind an intimate recorded legacy that chronicled his often turbulent personal life. His widow and longtime collaborator, Yoko Ono, has compiled and artfully designed this four-CD collection of rarities–including numerous personal recordings that have never been bootlegged, and a 60-page booklet written by Ono and Rolling Stone writer Anthony DeCurtis–thoughtfully capturing Lennon in many of his most private moments. There are demos and outtakes from his earliest solo work, including alternate takes from the raw, politically charged 1971 New York City concert, which served as Lennon’s coming-out party, and lots of revealing behind-the-scenes stuff taped during 1974’s infamous Lost Weekend that found a bedraggled and estranged Lennon on an extended bender and recording with the world’s fussiest producer, the legendary Phil Spector, who manages even to one-up Lennon’s outrageous behavior (the session includes an instructive cover of the Ronettes “Be My Baby,” complete with step-by-step layering of the patented Spector wall of sound). There’s a heart-tugging moment in which Lennon’s 3-year-old son Sean sings a lyric from “A Little Help from My Friends,” announcing that it’s his favorite song and catching his famous father (who co-wrote the lyric) unable to recall the title. And another in which Lennon, who at the time was supposed to have hung up his guitar and settled into domestic life at his New York City apartment, bangs out a biting and bawdy parody of Bob Dylan’s “Gotta Serve Somebody” (retitled “Serve Yourself”) for a chuckling audience that seems to have been comprised solely of Sean and Ono. Musically, there are many interesting moments here, and historically this document should appeal to any die-hard Beatles fan. The rest of you can sit this one out. GREG CAHILL

BRUCE SPRINGSTEEN’S Tracks, a four-disc set of 56 unreleased songs and 10 B-sides, sets the highest standard yet for what boxed sets can achieve. Superstar boxes have always held to a gratuitous pattern of offering a “best-of,” plus two or three new recordings. Springsteen instead takes his cue from the only other box by a major artist to break that wasteful pattern, Bob Dylan’s The Bootleg Series Vol. 1-3. But the Boss ups the ante: Where Dylan’s set featured many half-finished or lesser takes of well-known songs, the 56 unreleased songs on Tracks are fully realized works, not just studio leftovers. Springsteen has always created dozens of finished songs he couldn’t fit on his albums, and claims these tracks (many of which have been bootlegged, though a good third of the set has surprised even hardcore collectors) are among the standouts he elected to hold back owing to thematic or stylistic concerns. The result, more or less in chronological order, is a set that does much more than merely summarize a career or underline best-selling albums (though it does include Springsteen’s first recordings–his May 1972 audition tape for Columbia Records and a new track recorded just this past August). For the most part, Tracks is a new statement that highlights subtexts of those earlier albums without referring to them. Twenty-five years of hype may have overtold the story of his working-class realism and rock-romantic traditionalism, but Tracks seems to tell that story for the first time. KARL BYRN

Jazz legend and saxophonist John Coltrane is most revered for his exploratory free jazz that pushed the envelope of the genre before his untimely 1967 death. But two years before Coltrane recorded 1964’s epic tone poem A Love Supreme, achieving status as an existential saint, he laid down a set of melodic, blues-based ballads that rank among the most beautiful works ever committed to tape. This stunning set of standards, digitally remastered and reissued here on a 24k-gold CD, is warm, intimate, and irrepressibly lyrical. Close your eyes and let this reissue transport you to the front row of that timeless cabaret of the mind. As for the ice clinking in the glass, you’ll have to provide that yourself. G.C.

Planting the Seeds of Crisis