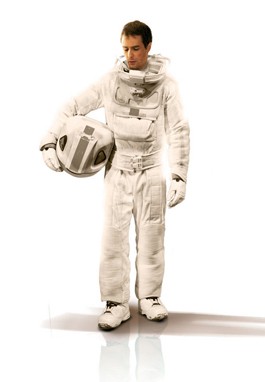 There may be more than one man on the 'Moon'


Swear not by the inconsistent Moon, to paraphrase Shakespeare. There’s been a vigorous internet campaign for Duncan Jones’ indie film, but if you ask “How good is Moon?” the reply has to be: “Well, how old are you?” This movie will make a bright, science fiction film-loving 15-year-old very happy. The novelty factor of Moon increases with the youth of the viewer, who won’t remember movies like Dark Star or Outland, and who’ll have no flicker of recognition when they hear the name “Rod Serling.”

Filmic essays celebrate the director (Duncan Jones is David Bowie’s son) as a man who brought the moon home for just $5 million. He did this with old-fashioned ideas like the use of miniatures and a lunar set—a moonscape not any more convincing, but just as much fun, as the fake moon set for the lunar module sequence in Diamonds Are Forever. But most of Moon takes place indoors in a few rooms in a space station. The idea of making space working-class, dirty and treacherous is likely enough. The results, however, are a film that’s visually monotonous rather than hauntingly claustrophobic.

Sam Bell (Sam Rockwell) is a miner, assigned to a three-year shift on the dark side of the moon mining Helium-3. His only companion is a living computer named Gerty. The bot’s measured, ambiguous tones come from Kevin Spacey. Gerty’s weirdly chilling emoticon face, a corporate innovation to keep the long-term lunar employee tranquil, is Moon‘s single best idea. Sam is counting the days until he gets to go home, but things start to go wrong. Already, communications with the earth (and with his beloved wife) are fritzing out, and he sees strange glimpses of another figure through the station’s monitors. Eventually, after he crashes his lunar truck and wakes up in sickbay, Sam begins to feel he’s not alone on the moon. A ghost, or a living doppelganger, must be aboard the dingy station with him.

Unfortunately, Moon has Sam Rockwell acting by himself when history has proven that Rockwell is at his best as a sidekick; he needs other actors to bounce off of. Rockwell is a funny, shambling player, at his best in wildly comic and uncanny work, and very rich in deep space adventures like Galaxy Quest and A Hitchhiker’s Guide to The Galaxy. Acting by oneself in a room is a challenge to even the best—what might work on stage gets tedious under a camera lens.

Some fans of Moon argue that it’s not the technique or the movie’s derivative sourcing that matters as much as what the film has to say about identity. It makes you wonder: how much science fiction writing do science fiction film fans read? They can claim that Moon raises tantalizing questions; sadly, the questions all have a pat answer, blown by most of the reviews to date.

There’s a terrifying passage in T. S. Eliot’s poem “The Waste Land”—re-quoted by Jeffrey Lee Pierce in the Gun Club song “Brother and Sister”: “Who is the third who walks always beside you? When I count there are only you and I together.” Eliot notes the lines “were stimulated by the account of one of the Antarctic expeditions . . . it was related that the party of explorers, at the extremity of their strength, had the constant delusion that there was one more member than could actually be counted.”

As Eliot knew, this kind of fright—being thousands of miles from anywhere and seeing a strange figure just out of the corner of the eye—can never find a resolution as satisfying as the setup. Moon is a horror story, despite the brave claims being made for its philosophical depths. Like all horror stories, it must face that terrible point where the audience demands a reasonable explanation for all of this. Ultimately, Jones gives us the reasonable explanation (corporate evil) but he can’t supply a great final twist on a story that would have been deft at 60 minutes on The Outer Limits.