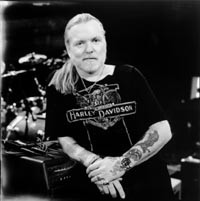 IT’S HOG HEAVEN. You can stick your nose up at Southern rock, but the boisterous spirit of that sub-genre is alive and well in this slick, postmodern, tech-geek age. And Konocti Harbor Resort and Spa on the shores of Clear Lake (which is home to some of the most aggressive red ants this side of the Rio Grande) has become a mecca for rowdy rebel-yelling music fans who know how to infuse a rock concert with the over-the-top energy usually reserved for a raging kegger.

This summer is no exception (though I’m sure everyone will be on their best behavior).

The Southern rock season kicks off Friday, May 26, with a stiff shot of the Charlie Daniels Band (featuring every urban cowboy’s favorite on fiddle and plenty of good ol’ hippie boy vibes), plus Lynyrd Skynyrd soundalikes Molly Hatchet.

Singer/songwriter Waylon Jennings, whose outlaw ways inspired the first wave of Southern rock innovators, has had plenty of cards up his sleeve of late. He holds court on Aug. 11.

And the sanctified Allman Brothers Band, the fellows who started it all in 1969 with their twin-lead guitar-driven jams and bluesy sensibility, will show why they’re still the best of the bunch Sept. 3, when they provide the grand finale for the resort’s summerfest.

And that’s worth a rebel yell.