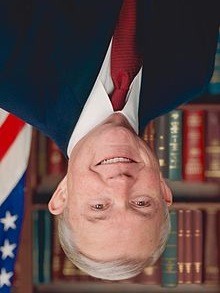 The conservative Washington Examiner reported this week that Sonoma County Sheriff Steve Freitas was among six California sheriffs who met with Attorney General-designate Jeff Sessions, with a headline that noted the sheriffs “back Sessions stance on immigration.”

In fairness to Freitas, the story does not quote him saying that he backs Sessions’ stance on immigration. It doesn’t quote him at all, in fact. The article was mostly framed around county-level interactions with Federal immigration officials (ICE) and undocumented immigrants in the county lockup. And the elected sheriff of course has an obligation and a responsibility to understand the intentions of the incoming AG—regardless of party or the fact that the man in the White House is kind of a maniac.

The Examiner story appeared just as the GOP-ruled U.S. Senate was putting the gag on Elizabeth Warren for reading a letter from Coretta Scott King that highlighted Sessions’ vote-suppression history and generally lousy attitude toward elder minorities. The Alabama Senator will likely be confirmed this week.

Here’s a money quote from the Examiner story: “After their meeting, the sheriffs said they are seeking Sessions’ support once he becomes attorney general as expected on Wednesday. That includes working together on several California-specific problems that are tying their hands when it comes to keeping illegal immigrants convicted or charged with major crimes detained in order to work with federal immigration authorities.”

This morning I sent off a set of questions to the Sonoma County Sheriff’s Office public information officer, Sgt. Crum, seeking some further information about the trip undertaken by Sheriff Freitas. Here’s the gist of what I sent, which was also forwarded to the public-record compliance administrator at the county.

* The Examiner story noted that the sheriffs who met with Sessions support him as the AG-designate and “back Sessions’ stance on immigration.” I did not see Mr. Freitas directly quoted in the article saying that so I am giving him the chance here to let our readers know whether he does support Sessions, and some clarity on what Mr. Freitas actually supports. For example, Sessions supports deportation of so-called “DREAMERS” under DACA. What’s the Sheriff’s view on DACA?

* How did this meeting come about? Was Mr. Freitas invited to join the other Sheriffs at the request of Mr. Sessions? I’m curious about how this unfolded and who and what prompted a meeting of these six sheriffs.

* What is Sheriff Freitas’ view of any state, city, or county-wide effort to enact policies that generally fall under the rubric of “sanctuary” protections against federal immigration raids or other efforts directed at the undocumented? Does Mr. Freitas support any local, state or county efforts aimed at shielding or undocumented aliens from their potential interactions with ICE agents?

* What is Sheriff Freitas’ view of Mr. Sessions long-held anti-cannabis viewpoints? Does he share Mr. Sessions view that cannabis should continue to be outlawed at the federal level?

* Who paid for Sheriff Freitas’ trip to Washington, and if this was a taxpayer-funded trip, what was the total cost of this trip to meet with Sessions? Did any other members of SCSO also take the trip to D.C., and was the sheriff part of any meetings with the president himself during this trip?

* Was there any notification or advance notice, a press release or any public announcement, from SCSO, that announced Mr. Freitas’ trip and the scheduled visit with Mr. Sessions?

* As elected Sheriff of Sonoma County, can the sheriff provide a statement or comment that lays any of his specific concerns that may have arisen in the weeks since Trump took office, especially as those concerns might impact on law enforcement in Sonoma County and/or in addressing issues where the county’s undocumented population intersects with law enforcement?

Will keep readers posted once I hear back from SCSO.