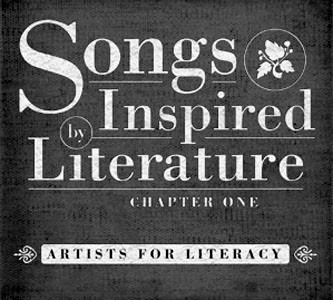 Music and books perform a duet with ‘Songs Inspired by Literature’

It was Angela’s Ashes that started it.

In December of 1999, San Francisco musician Deborah Pardes had just finished reading Frank McCourt’s Pulitzer PrizeÐwinning memoir, a harsh description of life in the slums of Ireland. Pardes, a critically acclaimed singer-songwriter who’d recently won the Lilith Fair Local Competition, found that she couldn’t easily shake the emotions that had been stirred up by the book’s heartbreaking description of poverty and neglect. Especially striking, recalls Pardes, was the author’s childhood memory of sitting patiently on the seventh step of his house, waiting for an angel to come down and offer a bit of comfort.

With that image burned into her mind, Pardes responded in the best way she knew: She wrote a song. “7th Step”-which she always introduces in concerts with a mention of Angela’s Ashes-officially became her first SIBL.

“SIBLs,” says Pardes, with a laugh, “are songs inspired by literature. Once I started having people come up after a show and ask me about the book, I knew I was on to something. And I knew I wanted to put together a collection of SIBLs.”

The resulting collection, Songs Inspired by Literature: Chapter One, was officially released March 1. It features 16 songs based on poems or books, contributed by a combination of celebrity artists (Grace Slick, Aimee Mann, Bruce Springsteen, Suzanne Vega, and Ray Manzarek of the Doors) and relative unknowns, ten of whom were selected from nearly 400 entries from around the United States and Canada. Applicants responded to a call for entries posted on the SIBL website (www.siblproject.org), and a panel of writers and musicians selected the finalists. Along with the chance to be featured on the CD, songwriters were also competing for the grand prize cash award of $2,500, which ultimately went to the spooky San FranciscoÐbased singer Jill Tracy, who contributes the marvelous, moody “Evil Night Together,” based on Luc Sante’s 1900 account of the New York underworld, Low Life. Tracy’s song is cut number one on the CD, which Pardes is planning to sell in bookstores and through the website.

The big surprise is that while people may pick it up for Springsteen’s “Ghost of Tom Joad” (based on John Steinbeck’s Grapes of Wrath) or Aimee Mann’s “Ghost World” (inspired by the comic book that inspired the movie), many of the CD’s best songs are those performed by the unknown musicians. Highlights include Lynn Harrison’s delightfully peppy “Einstein’s Brain” (based on Michael Paterniti’s Driving Mr. Albert) and Bob Hillman’s slightly scary “Tolstoy,” giving brief, witty condensations of War and Peace and Anna Karenina. Then there’s Pardes’ own “7th Step,” a remarkably soulful, beautifully written piece that does indeed make one want to run out and read Angela’s Ashes-or read it again.

Pardes is not alone in her passion for songs about literature.

“I’m amazed and inspired by Deborah. She’s a visionary,” says Justin Wells, the Larkspur folksinger whose Homer-inspired tune, “The Last Temptation of Odysseus,” is the album’s seventh cut and one of two based on the Odyssey (the other is Suzanne Vega’s “Calypso”).

“Suzanne Vega? Aimee Mann? And Bruce Springsteen?” Wells says. “To be rubbing shoulders with people like them, people who’ve inspired me to do what I do, it was just an amazing thing.

“And I love the idea that my music will be sold in bookstores,” he adds. “I’ve always believed that a lot of serious book buyers also have very sophisticated tastes in music, so this kind of proves it.”

Pardes’ vision stretches beyond this first album to a whole series of SIBL CDs. She’s already lined up Tom Waits for the next one and plans to post a new call for entries in June. But her favorite part is that every CD raises money for adult literacy programs, aiding a problem that Pardes knew little about before starting to do research on reading assistance programs.

“This whole country has to wake up to the problem of illiteracy and the way it affects children and society,” she says, reciting some sobering statistics that place one in every five American adults at a fifth-grade reading level or below. “And while I hope these songs will inspire people to read a book they’d never heard of, our main goal is to inspire people to learn to read-and to help the organizations that make that possible.”

‘Songs Inspired by Literature: Chapter One’ is available at www.siblproject.org. Deborah Pardes performs at the Mystic Theatre on Sunday, April 21.