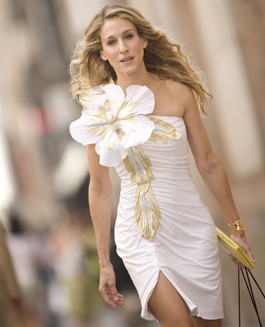 This summer, America’s film directors say in chorus: We wish it was 1968.

(Aug. 15) has a cast of buffoons trying to make a bigger Vietnam movie than Apocalypse Now. Ben Stiller and Jack Black team with Robert Downey Jr. as an Australian actor who undergoes a John Howard Griffin&–style skin-darkening. We apparently miss blackface, too.

We miss the TV shows we used to watch, especially the ones about wacky spies: Adam Sandler’s dialect comedy ‘You Don’t Mess with the Zohan’ (June 6) and ‘Get Smart’ with Steve Carell channeling Don Adams (June 20).

We miss superheroes, or shit—any heroes: The most zeitgeist-heavy summer release of them all is ‘The Dark Knight’ (July 18), a revival of that caped hero of ’68 (“There must be some way out of here, said the joker to the thief”). Here, Batman (Christian Bale) is hunted by the Gotham City police department and attacked by the Joker (the late Heath Ledger). When things aren’t blowing up, Batman shows off his usual moment of Hamletesque wrestling in the face of duty.

The rest of the scad of superhero movies are slightly less metacritical, although wartime metaphors abound. ‘Indiana Jones and the Kingdom of the Crystal Skull’ (May 22) sees our hero setting a deluded U.S. military back on track. Just as Iron Man satirizes the weapons trade, so the Edward Nortonized ‘The Incredible Hulk’ (June 13) has the green-eyed monster about to be pressed into khaki by Gen. Thunderbolt Ross (William Hurt). Our secret weapon against demon terrorists is Hellboy, who turns up in ‘Hellboy II: The Golden Army’ (July 11). Guillermo del Toro directs the tandoori-colored hero.

‘Hancock’ (July 2) unveils Will Smith as an arrogant superhero who tries to reform, a little, with the help of Charlize Theron. ‘Wanted’ (June 27), based on a graphic-novel series written by Mark Millar, deals with a sect of superassassins (including Morgan Freeman and Angelina Jolie) whose motives aren’t as clear as they seem. ‘Kung Fu Panda’ (June 6) is full of computer-animated Hong Kongisms, so it counts as a kind of superhero movie.

We miss psychedelics: ‘The Chronicles of Narnia: Prince Caspian’ (May 16) wraps its Christian fairyland in a story about the Blitz of World War II. Let’s also note the highly psychedelic Spike Jonez/David Fincher presentation of Tarsem Singh’s ‘The Fall’ (May 30), which mixes up a cast of whirling dervishes and Charles Darwin, as related by an English (-speaking) patient languishing in a Southern California hospital.

Even one of the summer’s few romances, ‘Elsa & Fred’ (July 11), concerns an Argentinean lady’s obsession with La Dolce Vita. Hou Hsiao-hsien’s ‘Flight of the Red Balloon’ (May 16) paraphrases a famous 1956 French children’s film. And as a kind of commentary on how a film becomes a legend, ‘Star Wars: The Clone Wars’ (Aug. 15) arrives. Dispensing at last with the troublesome humans, George Lucas goes animated, apparently using a cast of Zwinkies.

We miss TV, part two: There are the further adventures of that quartet of cougars in ‘Sex and the City’ (May 30), while ‘Bangkok Dangerous’ (Aug. 22) stars Nicolas Cage in an American remake of a bucket of Thai mayhem by the Pang Brothers. ‘The X-Files: I Want to Believe’ (July 25) finds the producers evidently wanting to believe that David Duchovny is not box-office poison, and ‘The Mummy: Tomb of the Dragon Emperor’ (Aug. 1) brings back Brendan Fraser to duel with the mummy of a Chinese emperor.

We miss knowing how it all turns out: The pants are recaptured in ‘The Sisterhood of the Traveling Pants 2’ (Aug. 8). ‘Journey to the Center of the Earth 3D’ (July 11) has Brendan Fraser retracing the steps of Arne Saknussemm. ‘The Strangers’ (May 30) stars Scott Speedman and Liv Tyler in a motiveless home-invasion shocker. As the ads say, based on a true story. The true story is that there’s a place called France, where they made a movie called Ils, remade as a film called The Strangers.

And the summer’s most prestigious sequel, ‘Hamlet 2’ (Aug. 22), gives us a new view of that trash-talking but lovable Danish college student, in the context of a Tucson tale told by an idiot (Steve Coogan). (Mentioning students means mentioning the comedy ‘College,’ which should make Animal House look like Hamlet 1.)

We miss today: A few films even dare to engage with 2008. For example: there’s a must-see study of some of those dispossessed by the Three Gorges Dam, ‘Up the Yangtze’ (June 13). Fatih Akin’s ‘The Edge of Heaven’ (July 11) concerns cross-cultural tensions between Turkey and Germany in a feature film by the director of Head-On. ‘Brick Lane’ (June 27) has similar cultural head-butting when a Bangladeshi girl moves to east London for an arranged marriage.

Alan Ball’s ‘Towelhead’ (Aug. 15) follows a young Lebanese girl caught between American racism and Arab tradition. It’s not to be confused, but it will be anyway, with ‘Baghead’ (Aug. 1), the Duplass brothers’ no-budget romance featuring mumblecore sweetheart Greta Gerwig. In ‘Alexandra’ (May 30), Alexander Sokurov (Russian Ark) views the Chechnyan conflict through the eyes of a Russian grandmother.

We miss laughing: There’s one nonescapist comedy this season, ‘Swing Vote’ (Aug. 1), which concerns a New Mexican schlub (Kevin Costner) who gets to decide the presidential election. ‘Meet Dave’ (July 11) stars Eddie Murphy as the humanoid vessel for a team of miniaturized aliens. ‘Mamma Mia!’ (July 18) is the monster hit ABBA musical with Meryl Streep revealing to her daughter (Amanda Seyfried) which of three men sired her. (The preceding sentence is an example of fair and balanced journalism, as it does not describe listening to ABBA as like having warm mayonnaise funneled into the ears.)

‘The Rocker’ (Aug. 1) tries to promote Rainn Wilson to the front line as an aging rock drummer who tries to glom onto his own nephew’s band. ‘Choke’ (Aug. 1) has Angelica Huston as a senile mom kept by a desperate son who works days as a historical re-enactor. ‘Step Brothers’ (July 25) teams John C. Reilly and Will Ferrell as a pair of lazy louts who are forcibly related by marriage.

We would never have missed this in 1968: The newest genre is tween interest. After the mammoth gross of the Hannah Montana concert movie, expect this category to grow over the years. ‘Kit Kittredge: American Girl’ (July 2) has Patricia (I Have Heard the Mermaids Singing) Rozema directing Abigail Breslin. ‘Wild Child’ (Aug. 22) has Nancy Drew‘s Emma Roberts as a crazy 16-year-old who gets shipped off to a British boarding school. ‘American Teen’ (Aug. 1) is a much-praised vérité documentary about a year in the life of an Indiana high school.