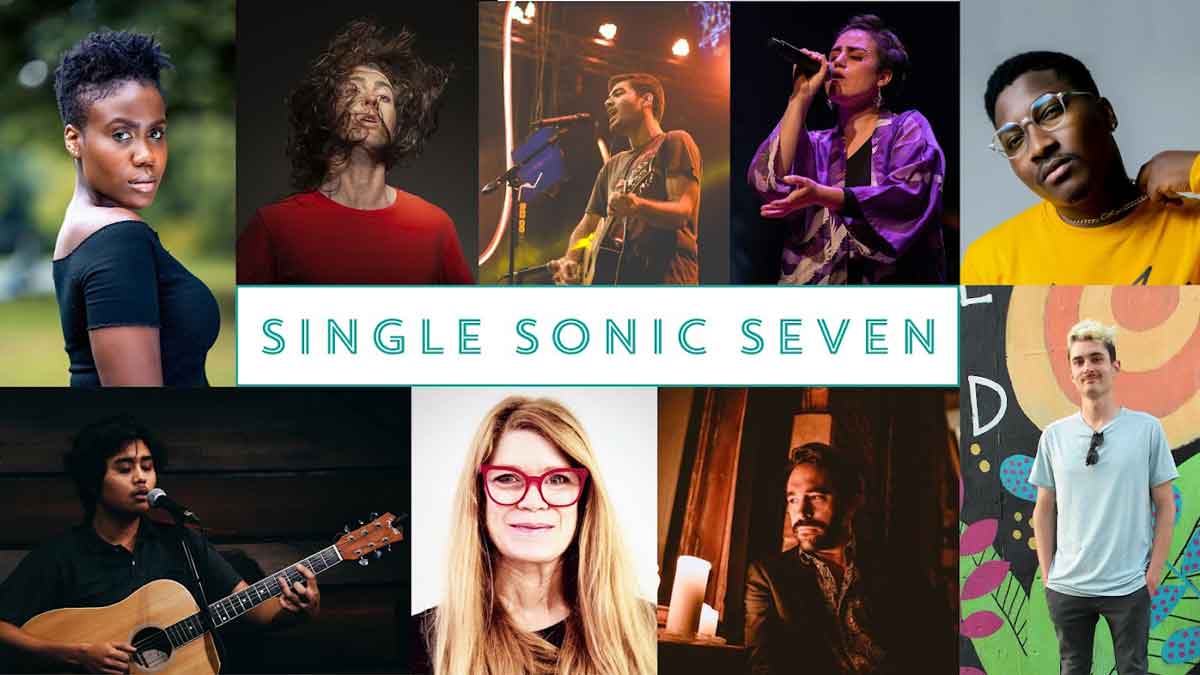 Just like its name sounds, Single Sonic Seven is indeed a kind of superhero group of musicians from around the world. In fact, the project is a collaboration between artists on all seven continents, not least of all a glockenspiel virtuoso who also happens to work at the South Pole Station in Antarctica.

The midwife of this COVID baby, which is released this week across streaming platforms, is Petaluma’s own Ethan Miska.

Having spent the better part of the last couple of years in Berlin and Ukraine, Miska was inspired to create something that was the sum of many different parts, a creative leap for an artist who had been solo since leaving his touring band when they passed through Berlin in 2017.

It was a blessing to return to collaborative work during the difficulties of the last few years, first with COVID and then as the invasion of Ukraine turned into a full-blown war. “Many things about this project [like the name] were not my idea,” said Miska in a Zoom interview, “which I like.”

The symbolic connectedness of collaborating with someone on every continent on the planet turns out to yield real impacts.

“I am interested in finding out through this project what tangible change music can accomplish beyond just the way it makes people feel or how people react to it, but also, what concrete action can music lead people to take,” said Miska.

In fact, proceeds from this project are donated to help people evacuate from war zones and provide critical services in winter time.

The cause is a personal one for Miska. He was drawn to the creative epicenter that is Berlin, as many an artist has been in recent decades, and eventually moved to Ukraine to connect to his eastern European roots. He was working on the project in Ukraine right up to the start of the war, leaving just before the invasion at the behest of his international friends, a decision that was particularly difficult because it meant leaving behind a friend that had become incredibly meaningful to him. The album is dedicated to that friend.

“[It] could have easily gone a different way … like, you know, ‘this really isn’t that important,’” he said. Instead, the “project’s relevance [increased] at least for myself because of dedicating this to a friend who was in a very crappy situation.”

Listeners checking out the project can expect an eclectic yet cohesive musical experience. The eight track, 30 minute electro-collaboration includes smooth as silk vocals over breakbeats, slap bass, disco keys, and, on this writer’s favorite track, the aforementioned glockenspiel. The upbeat easy grooves might just help listeners remember that a good life is possible, and worth waging their superpowers to make it happen. These global heroes did.

Single Sonic Seven is live on all streaming platforms. All revenue from streaming and album sales will be donated to Helping To Leave (helpingtoleave.org/en), an organization which has aided thousands of Ukrainian civilians in fleeing areas of active conflict.

Next ArticleTickets to The Spinners