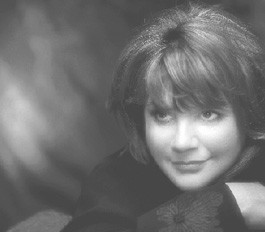 Just one look: Linda Ronstadt performs from her wide palette of standards and hits July 10 at the Wells Fargo Center.

Although in possession of one of the finest and most distinctive voices in American song, Linda Ronstadt hasn’t managed, historically, to secure the unwavering devotion of the American public. Fans of her early country-tinged ballads were let down by her rock ‘n’ roll albums. Three albums of lush standards with Nelson Riddle disillusioned her rock fans, and the easy-listening audience lost interest when she recorded Canciones de Mi Padre, a collection of traditional mariachi songs.

Through the 1990s–when she revisited the Top 40 by singing duets with Aaron Neville–and up to the present day, Linda Ronstadt has often been misaligned with schmaltz, a result of her seemingly indecisive output. Yet Ronstadt’s ever-changing repertoire and her surprising turns of style are the exact reasons why the 59-year-old singer deserves reassessment as an artist who has followed her own path, covered a broad musical spectrum and achieved both commercial and artistic success because of it.

“I have a jukebox in my head,” Ronstadt explains by phone from her San Francisco apartment. “Something happens to me, the coin drops and there’s the song and it starts blaring away. And there’s no way to make it go away unless I sing it.”

Once legendarily shy about public appearances, Ronstadt–who performs at the Wells Fargo Center on July 10–can tackle just about anything with pitch-perfect precision, effortless range and dripping emotion. She has sold over 50 million records worldwide and won 10 Grammy awards in nine different categories. She lends her voice, an imprimatur of taste, to any song she interprets.

In recent years, her artistic radar has focused squarely on classic standards. “I really love everything from before World War II,” she states firmly. “In fact, I’d like it to be before World War I, if I can have it that way, and the 19th century’s a little better.

“I have a real hard time,” she muses, “living in the modern world.”

Ronstadt still emits a small, girlish speaking voice that belies militant nostalgia, but time and again during our 45-minute conversation, she harks back to the past. “I like music that’s made for a small space, that you can listen to without electronics,” she says. “People mostly only listen to music either on their iPod or through their horrible laptop speakers. And they think that’s what music sounds like! “

It’s strange to hear Ronstadt talk, however dismissively, about things like laptops and iPods; the bulk of her early career image was the simple, innocent girl, making her a universally drooled-over sex symbol. But even that image is something she brushes aside. “I was always surprised,” she says humbly, “because I was not beautiful. I was cute–men liked me for some reason–but I wasn’t beautiful like the girls out there now.”

Ronstadt insists that there was no look she was ever forced to adopt, songs that she was forced to sing or styles she was encouraged to explore. “Nobody ever made me do anything,” she asserts, “with the exception of the songs that I’ve recorded for people’s movies, like ‘Somewhere Out There.'”

She even picked out her biggest hits, as she says, “for better or for worse. I found them and was infatuated with them, or I was singing in a club at the time and needed songs like ‘It’s So Easy’ or ‘You’re No Good.'” Explaining how 1970s nightclub audiences wouldn’t sit still for a full set of ballads, she rues, “Those songs were afterthoughts, and unfortunately, they were hits for me.”

Ronstadt has plenty of similarly notable hits–“Just One Look,” “Poor, Poor Pitiful Me”–from an era when cowbell and handclaps were prominent credits on record jackets. But in the ’80s, she abandoned rock ‘n’ roll and followed her heart by starring in The Pirates of Penzance and La Bohème in New York City. “I always wished I had really trained seriously as a classical singer,” she says, “but I also would have been sad if I hadn’t been able to have the freedom to extend myself in every other direction.”

For all of Ronstadt’s eagerness, having such a blended palette is its own scheduling curse. Our conversation fell in the middle of a week she flew to Salt Lake City for a Prairie Home Companion broadcast before going to Albuquerque for a mariachi performance, rehearsing pop hits and jazz standards with one band, Mexican music with another band and assembling yet another band for Neil Young’s upcoming Bridge Benefit Concert. (“It’s just been ridiculous!” she says. “I’m never gonna do this to myself again, ever!”)

Ronstadt meticulously arranges her own ensembles, and she speaks at length about orchestration, describing how each instrument’s sonic texture plays off of the other. For her upcoming performance in Santa Rosa, she’s chosen a set highlighting older standards coupled with a second set that spans her hits from the ’70s, ’80s and ’90s. “It’s kind of like the 20th century in chronological order,” she quips.

Having dabbled in songwriting herself, Ronstadt has an empathetic respect for the songwriters who have supplied her material. In five quick minutes, she praises everyone from Kate and Anna McGarrigle (“They have that strange, schoolmarmish, very old-fashioned approach to language”) to Richard Thompson (“I always like the songs that are about killing yourself, that go really slow like a Bergman movie”) to James Taylor (“He’s just up there throwing off thoughts and little musings on pain that is so gut-wrenching that if you knew the story behind it, you’d just go, ‘Oh my God, I can’t believe it!'”).

When asked if there’s been anything in her life that could replace singing, Ronstadt rounds out our conversation with an appraisal of architecture and American design circa 1910, and her unconditional love of yarn. “I sure like to knit!” she gushes, laughing at her own squareness. “I could probably sit around and just refine my embroidery skills, read and be happy.”

Maybe it is the simple, innocent life for Linda Ronstadt, after all.