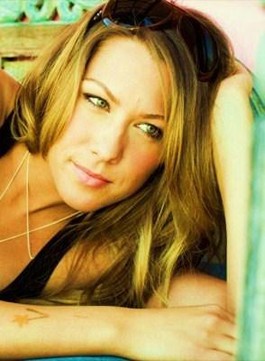 Colbie Caillat and the roadmap to virtual success

We have all heard how hard life is for record companies. Sales of CDs have steadily dropped for several years, while downloads are way up; iTunes sells more music than Wal-Mart. Collectively, the three remaining major labels are suing their own customers for sharing music. And now, Radiohead, one of the biggest bands on the planet, have bypassed the traditional distribution process by releasing their new product on the Internet, letting their fans set the price.

The web has also had a hand in one of the biggest hits of 2007. Colbie Caillat and her song “Bubbly” have been an online force for the last 18 months. Just 22, Caillat (rhymes with “ballet”) began writing songs three years ago after her very first guitar lesson. Inspired by the great singer-songwriters of the ’70s like Joni Mitchell and Bob Marley, Caillat collaborated with friends Mikal Blue and Jason Reeves to craft snappy and, yes, frothy tunes reminiscent of the music heard on the radio 30 years ago. No surprise, really, considering that her dad, Ken Caillat, co-produced the 1977 Grammy-winning Fleetwood Mac classic Rumours.

Growing up in Malibu, Caillat began singing in earnest at age 11 after hearing the Fugee’s Lauryn Hill. The youngster sang “Killing Me Softly” at a local talent show, and caught the performing bug. Although she was blessed with a sweet soprano, her father advised that she learn an instrument and develop the storytelling abilities needed for writing her own songs. It took a couple of years, but Caillat and her two cohorts began to shape a sound to match the lyrics of the fledgling songwriter.

Here is where the web comes in. Caillat put the new tunes on her Myspace page. For several months, not much happened. Then in the summer of 2006, she uploaded “Bubbly” to the social network. A huge response followed, with several thousand hits a day. She became the No. 1 unsigned artist on the site for four straight months, reaping an incredible 10 million plays. Needless to say, the record companies couldn’t deny this new paradigm and began to sniff around.

She signed with Universal, because they allowed her total creative control; after all, she had already developed a legion of fans on the web, and her sound was tried and tested. Caillat’s dad offered his expertise in the studio, and in July her debut, Coco, was released, immediately entering (and remaining on) not only Billboard‘s Top 10, but iTunes as well.

Here is a rare chance to see a young performer who stands at the edge of either being an effervescent one-hit wonder or a true developing talent.