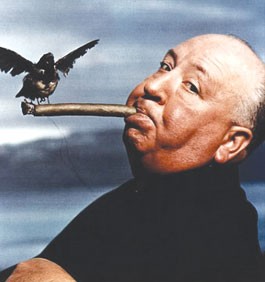 As the fish once ubiquitous to the North Bay area, the salmon has given its name to roads, a school, a beach, a community and a creek. From its headwaters two miles west of Occidental, Salmon Creek winds its way through some of the prettiest countryside and prime destinations in Sonoma County. The largest stream between Bodega Bay and the Russian River, Salmon Creek follows a 13-mile course from its origin to its mouth at the Pacific Ocean. The journey starts along the Bohemian Highway, where the creek passes through Freestone and flows behind the Osmosis Day Spa (adjacent). While receiving a massage in one of the outlying pagodas, spa clients listen to the stream’s white noise, and combine their sighs with those of the waters passing by.

Burbling along its path parallel to the Bohemian Highway, Salmon Creek combines with Nolan Creek and flows through the town of Bodega, home to the schoolhouse and church made famous in Alfred Hitchcock’s film The Birds. The stream continues along the road bearing its name on the western slope of the coastal range mountains, flowing through a narrow canyon bordered by redwoods, firs and native ferns.

When it finally reaches the coast, the creek flows under the last of seven bridges at Highway 1, and runs alongside Bean Road, where an enclave of weathered beach houses form the Salmon Creek community. At long last it has reached its final destination, cutting across Salmon Creek Beach as it flows into the Pacific Ocean.

This beautiful piece of coastline is known for its rugged waves, loyal surfers and the great white sharks that take a bite of them now and then. At this point, the stream offers an alternative for kayakers and swimmers who know better than to get into the sea. After stormy days, beachgoers scour the sands surrounding the creek for flotsam and jetsam that washes down the waterway. Sadly, the one thing they probably won’t find are salmon, which have all but disappeared, leaving nothing behind but their name.—S.D.