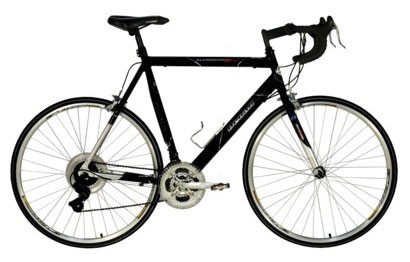 In response to this year’s rash of bicycle- and pedestrian-related accidents, the Sonoma County Bicycle Coalition has taken matters into its own hands with the proposed Vulnerable User Protection Ordinance. The ordinance aims to reduce harrassment of cyclists and pedestrians while creating greater accountability for perpetrators. The coalition celebrated a victory when the Sonoma County Board of Supervisors voted unanimously on Nov. 13 to study the ordinance, after Supervisor Shirlee Zane brought it to the agenda. This week, the Sebastopol City Council also considers the ordinance. Considering Sebastopol’s lack of usable bike lanes, it might be the perfect time to give more protections to cyclists in the area.

In 2009, the Bohemian covered the story behind the disenrollment of 30 Dry Creek Rancheria Band of Pomo members, including Liz Elgin DeRouen, a former Dry Creek tribal chairwoman. As election time comes back around, the issue has again come to the forefront, with the bloodline legitimacy of two candidates being called into question by tribal chairman Harvey Hopkins and others on the board. To acquire membership status, one must be able to prove that a blood ancestor lived at the Rancheria when it was established in 1915. One also cannot claim membership in any other tribe.

For members, disenrollment results in the loss of about $650 a month in payments, much of that earned from River Rock Casino profits, in addition to medical, educational and housing benefits. The issue must be resolved internally, since tribal sovereignty keeps the Bureau of Indian Affairs out of the legal fray.—Leilani Clark