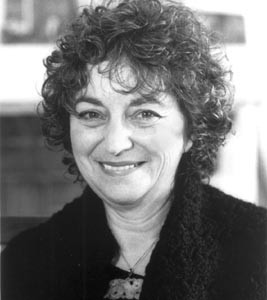 SINCE 1492 (at least) they’ve been wading ashore, drawn across vast oceans to the new world by all kinds of glittering attractions, real or imagined. Whether they came seeking fortune, fleeing famine, or just eager to set up shop where they could do the religious persecution for a change, immigrants to America have at least one thing in common: If they’d known how often we’d be telling their stories in the future, they would have staggered back in wide-eyed astonishment. “Dang!” they might have said. “Nobody cared this much in the old country.” Naturally, they’d be too full of old-world courtesy to voice their next thought: Don’t you people have anything else to write about?

But there’s no denying the appeal of tales of immigration to a nation full of readers descended from immigrants. In the back of our minds, most of us still harbor misty visions of Ellis Island and the Statue of Liberty, a fact that still influences our politics to this day: “Give us your huddled masses,” we tearfully urge the world, at least as long as they’re all Ph.D. computer programmers with a physical allergy to food stamps.

We’re even more charitable when it comes to books about the immigration experience. Still, we have our limits, and even the most forgiving readers may find they’ve hit rough seas when they sail into The Promised Land (Milk Weed Press; $23.95). This new offering from San Francisco author Ruhama Veltfort bears all the signs of a first novel: The author clearly has a wonderful tale to tell, but hasn’t quite got a handle on how to tell it.

First, the story. Veltfort has placed two fascinating characters at the center of her book, which begins in mid-19th-century Poland. Yitzhak is the charismatic, rebellious son of a rabbi who cannot live with his father’s strict orthodox beliefs. Chana is a deeply sensitive but half-wild peasant girl whose family has been torn apart by tragedy. Brought together by a series of mishaps and a minor miracle, the two are pushed into marriage by Chana’s adopted family before they know much about each other. Suspicion turns into affection, which blossoms into true love.

But Yitzhak, troubled by disturbing dreams, cannot rest. His uncanny healing powers and unorthodox ecstatic spiritual practices attract a small group of followers, and soon the little group finds itself on the road, moving first across Europe and then over the ocean in search of sanctuary and a potent something that Yitzhak can’t quite name.

Moved along by divine guidance and religious persecution, the Jewish settlers land in New Orleans, roll up the mighty Mississippi, and then head out west, braving close encounters with inscrutable Indians, fanatical Mormons, the Donnor party, and even San Francisco’s Emperor Norton.

It’s a great story, but the trick lies in the telling, and that’s where the author stumbles badly. Her descriptions are packed with clichés, her pacing is agonizingly slow until it’s much too fast, and her shifting narrative churns up the same ground repeatedly, often adding nothing to our understanding. Moreover, many of the minor characters–Jewish, Mormon, or Indian–are as flatly one-dimensional as a sheet of paper. Surely the worst examples are the black slaves who talk in bad Southern dialogue, eat watermelon, and pray for Moses to lead them over the River Jordan.

The novel saves most of its truly evocative descriptions for the characters’ ecstatic spiritual experiences. The author’s account of a crowded Jewish prayer circle is powerfully vivid: “Yitzhak closed his eyes, faint with odor and devotion. He felt the circle turn like a great wheel, whirling upward into space as though his feet no longer rested on the ground.”

Indeed, perhaps the novel’s biggest attraction is its intriguing exploration of Jewish religious beliefs, although the narrative is encumbered by a few too many unexplained Yiddish and Hebrew phrases.

The book picks up the pace in the second half and manages an unexpected ending. Still, the reader will be left with the hollow feeling that this story–put to paper so many times before–could have been told better. Maybe next time.