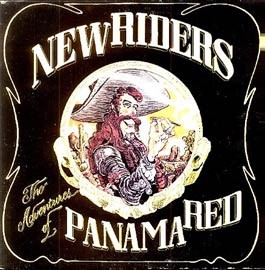 NRPS are back in town

Acidgrass: New Riders of the Purple Sage, electric and eclectic.

Talk about a ringing endorsement. In 1970, some of rock’s biggest stars–including Janis Joplin, the Grateful Dead and a relatively unknown sideman named Buddy Cage–took a rail tour across Canada, a moment captured in Bob Smeaton’s 2004 rockumentary Festival Express. Unbeknownst to Cage, that trip would provide a ticket across a psychedelic landscape and a charter membership in the progressive-country band the New Riders of the Purple Sage.

A few weeks before the tour began, Jerry Garcia, who was pulling double duty as the New Riders’ pedal-steel player, had announced that he was backing out of NRPS, just weeks before the release of their first album. “The Dead were in debt to Warner Bros. and he needed to concentrate on that band,” Cage explains, “and he didn’t feel like he knew the instrument all that well.

They didn’t have to look far. During the festival’s first stop, Garcia and NRPS guitarist David Nelson heard Cage playing from across a football field, backing folkies Ian and Sylvia. “Garcia said, ‘Oh, man, that’s the ringer.’ When we got on the train that night, he asked me if I’d be interested in doing that gig.”

Cage never looked back. For the next 12 years, he helped engineer an acid-drenched country sound that put them in league with such prairie rats as the Flying Burrito Brothers and Commander Cody and His Lost Planet Airmen.

Next week, Cage will team up with Nelson, a Petaluma resident, at the Mystic Theatre for their second tour after reuniting last fall for the first time since 1982. “For us, it was a kick to come up and do it again,” says Cage during a phone interview from his East Village apartment. “We just fell right into it. It was really good, man!”

For stoners who had survived the onslaught of acid-rock and prog-rock during the late ’60s and early ’70s, NRPS offered a breath of fresh air in a desert of ponderous sonorities. Garcia, Phil Lesh and Mickey Hart conceived of the band as a way to explore bluegrass music between the Dead’s country-inflected albums Workingman’s Dead and American Beauty. Jefferson Airplane drummer Spencer Dryden later replaced Hart. Garcia and Lesh also moved on. But the New Riders continued to lure Deadheads, with Nelson stepping in and out of both bands. In 1973, Cage convinced esteemed Nashville insider Norbert Putnam to produce NRPS’ fourth album, The Adventures of Panama Red, built around a catchy Peter Rowan-penned ballad about pot smugglers.

The album captured a freewheeling California spirit centered largely in the North Bay–a mythic landscape strewn with good vibes and lazy days that would soon give way to the harsh cosmopolitan realities of cocaine.

The album is a classic. “Musically, it can do a lot to teach modern-day alt-country cookie cutters something about knowing the rules before trying to break them,” critic Thom Jurek writes in the All Music Guide.

Cage would go on to perform on Bob Dylan’s Blood on the Tracks sessions and tour with the Band, but Panama Red still sums up the musical explorations that took him from straight-ahead folk and country to the cutting edge.

“Here was this burgeoning ’60s scene, and everybody was experimenting with all sorts of things: folk bands, rock bands and metal bands, all looking at me and wondering what I was up to with this weird instrument,” he says of his unwieldy pedal steel. “I mean here were these Indian guys dressed in linen and smoking menthols asking, ‘Hey, can you play raga music with that?’ And I’d tell them, ‘Sure,’ even though I didn’t even know what raga music was.

“I just had to make that instrument fit in. Working it into the scene with the Dead and the Riders turned out to be the real McCoy–this wasn’t some fucking hippie-dippy deal; this was our ethos, this was what we felt like doing. And we knew that we would buck the system at every turn.

“I mean, we weren’t into this for the money,” he adds. “Believe me, if you’re into the music for money, you’re into it for the wrong reason.”