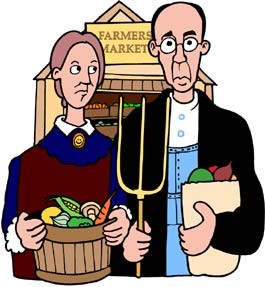 As I write this, the number of American soldiers who have died in the Iraq war stands at 2,327. That number will almost certainly have grown by the time you read this. The U.S. Department of Defense doesn’t keep tabs on the number of Iraqis killed in the misbegotten war, but on this day, IraqBodyCount.net estimates it to be between 33,000 and 37,000, with heaps of dead civilians being added to the total on a daily basis. In spite of sagging support for the war at home and toilet-swirling approval ratings for President Bush, it’s likely the war will senselessly grind on as long as this ruinous administration remains in office. No matter which party takes over the White House in 2008, the next administration will have to realize that rapid disengagement is the only sound course of action.

In the meantime, it is easy to feel powerless as Bush, Cheney, Rumsfeld and the other ghouls who hatched this war blather on about freedom on the march and the last throes of the insurgency. Short of staging a Cindy Sheehan-like protest outside Bush’s front door, there’s not much you can do to affect the situation. Here’s one suggestion: Watch what you eat.

Eating locally produced, sustainably-farmed food can sound like a feel-good, California fad. But since eating is something that every one does every day, changing what you eat and where you buy it can have profound effects on a global food system that’s based on inefficient, petroleum-intensive, government-subsidized, environmentally devastating corporate agriculture. Simply by reevaluating what you eat and how far your food must travel to reach your table, you can combat one of the primary sources of global warming (automobile exhaust), lessen our dependency of oil and the rotten, interventionist foreign policy it spawns, while at the same time supporting local, sustainably based farms and food suppliers. The quality and freshness of seasonal, locally grown food is an added bonus.

Does locally produced food cost more? Yes and no. The price tag only reveals part of the story. Sure, if you shop at Costco or Wal-Mart you will pay probably pay less than if you shopped at a farmers market or sought out locally produced products. But that “cheap” food you buy at Costco doesn’t include the social, environmental and political cost of petroleum-dependent food (pesticides, fertilizers) that must travel hundreds or even thousands of miles to market, or the starvation wages often paid to the workers who produced it.

According to the Center for Urban Education About Sustainable Agriculture, the San Francisco nonprofit that manages the Ferry Plaza Farmers Market, the average American meal travels about 1,500 miles to get from farm to plate. This long-distance, large-scale transportation system depends on large quantities of fossil fuels. It is estimated that we currently put almost 10 times as much fossil fuel energy into our food system for every calorie of energy we get as food. That system is no longer viable.

Eat with your head as well as your stomach. Eating local food really does make a difference. The Sebastopol Farmers Market kicked off the seasonal markets last weekend. Year-round markets include the Civic Center in Marin on Thursday and Sunday mornings; the Sonoma Valley market, held 9am to noon in the Arnold Field parking lot on West First Street; and Santa Rosa’s “original” farm market each Wednesday and Saturday morning from 8:30am to noon in the Veterans Memorial Building parking lot.